Old 97’s Get Back on Most Messed Up 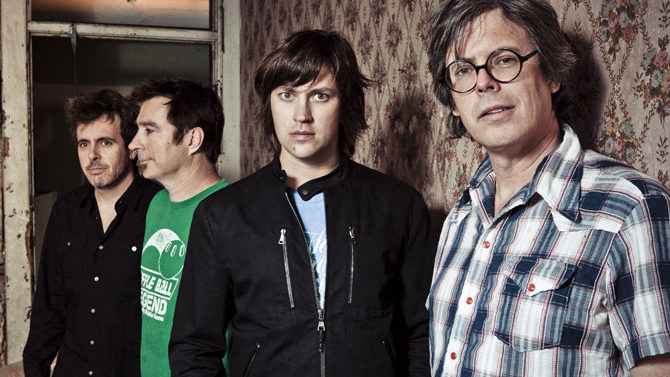 Murry Hammond of Old 97’s is awfully pleased with his band’s latest album, Most Messed Up. Joined by Rhett Miller on vocals and rhythm guitar, Ken Bethea on lead guitar and Philip Peeples on drums—a lineup that has remained unchanged throughout the seminal alt-country band’s existence—the record is full of hooks and Texas-inspired grit. Although the group’s members haven’t lived in the same state since 1996, they seem more on the same page now than ever.

Hammond says Most Messed Up is the record he’s wanted to make for well over a decade, a return to the band’s early, rough-around-the-edges aesthetic. “When we have a pile of music to work on, the stuff that always works… tends to be this sound that we started out with,” he says.

Hammond adds that the band didn’t overthink the production process. “No matter what we’ve done, we’ve always had the most fun when we are at our rootsiest and rawest,” says Hammond. “This was a unique moment to be as raw as we’ve ever been. And that was an easy thing to do, because all we had to do was to get into a room and turn all the switches on and just play.”

Old 97’s also brought in some hired guns to get the job done. Most notably, Tommy Stinson, of The Replacements and Guns N’ Roses fame, found his way onto the record after befriending Miller over the course of a few years. Hammond says Stinson’s inclusion helped shape the album’s punked-up sound.

All we had to do was to get into a room and turn all the switches on and just play.

“We just said, let’s have him around to be a spiritual uncle, a godparent of some kind, for [bringing out] a raw nerve. He’s a bit of a raw nerve, and we wanted to transfer a bit of [that] onto the record.”

But though Most Messed Up has been heralded as both a reinvention and a return to the group’s alt-country roots, Hammond insists the band’s commitment to its particular blend of country, garage and punk has been longstanding.

“When you’re one of the first people to have done it, you’re not really aware that you’re following along in a sound,” he says. “You know what your sound is, but it’s not something you can leave very easily, because it’s not coming from other alt-country bands. It’s coming from listening to The Clash and Johnny Cash and the Carter Family and the Sex Pistols.

After more than 20 years, you might expect the band would be ready to call it quits, or at least begin winding down. That’s not the case, says Hammond, who lists a possible 45s collection, another live album and a fan-produced video documentary as things that may emerge in the next few years. He also notes that a studio follow-up to Most Messed Up is inevitable; songs have already been written for a new record.

The band is also scheduled to perform at next year’s installment of the Todos Santos Music Festival in Mexico, curated by Peter Buck. Hammond says the “friendly, informal relationship” with the R.E.M. camp formed after “Peter and Rhett… teamed up through the Robyn Hitchcock world.”

Hammond admits it’s not the same as it once was. “There used to be a lot of surprising, fun stuff that happened [on tour],” he says. “You get to win over rooms, you get to be discovered. And we’re not really discovered as much anymore.” But even with the downsides of life on the road, Hammond says, being a touring musician is “still the best job any of us have ever had.”

And in any case, the future is wide open. “What do we do after this? I don’t know,” says Hammond with a laugh.