Kyshona Armstrong and Music as a Healing Tool 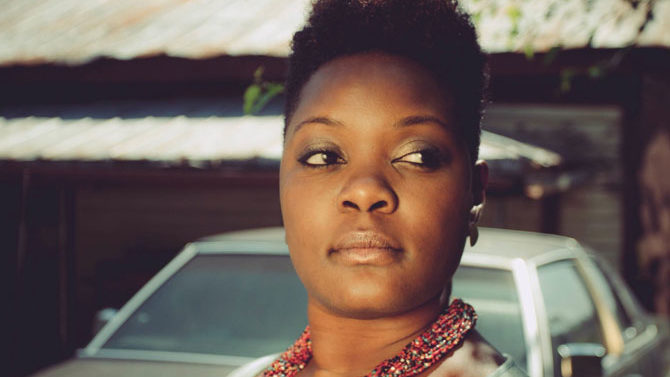 At first, Kyshona Armstrong was hesitant to fund a full-length album through Kickstarter. “I’ve always had a difficult time asking for help,” she says, “or letting people know just what I needed.” Despite her trepidation, she met and even exceeded her goal of $15,000. It was the encouragement she needed.

“What I took away from the campaign was that I’ve got a lot more people on this planet rooting for me than I thought,” says Armstrong. “I’m pretty sure I cried for two days straight.”

Armstrong’s music comes from a place of humility. A former Athens scene fixture who moved to Nashville last year, she began learning music young, as a pianist.

“I loved the idea of telling a story or conveying an emotion through the piano keys,” she says. “The beauty was that I never had to look at an audience or do anything flashy. I simply had to play and focus on the musical story.”

Her home, she says, was always filled with music. Her father’s expansive record collection set the soundtrack to the family chores. Her uncles came over to watch VHS tapes of “Austin City Limits” and the Mighty Clouds of Joy. The only time the music was off was when her father was playing guitar and singing in his room.

On Sundays, she would watch her grandparents and her dad perform at church. “When they opened their mouths, I sat back and listened,” she says. “I loved hearing how my Grandpa H.T.’s voice could echo through the church from the back pew.”

Despite growing up in a musical family, Armstrong didn’t sing in front of an audience until her senior year of high school. She was originally cast for only a small speaking role in the school production of Fame, but when the lead actor dropped out, she found herself singing “New Attitude” by Patti LaBelle to the crowd of peers and parents.

A career in music therapy helped Armstrong further overcome her fear of performance.

“I was using the music as a tool for healing,” she says. “My patients didn’t care about how my voice sounded, or how I looked. They just wanted a connection. That’s the part of performing that I love. Connecting.”

It’s about something bigger than me, and it’s about the people that I have been placed in front of.

As a music therapist, Armstrong was drawn to marginalized populations, such as patients in prison, those in psychiatric facilities, patients needing palliative care or suffering from neurological disabilities and at-risk youth. She witnessed many small miracles in this line of work; her patients were often moved by her music.

“Watching the joy on their faces when they got the chance to play a saxophone solo through a MIDI-operated Soundbeam was priceless,” says Armstrong.

No longer an active music therapist, Armstrong says her live show is informed by her past work. “I have to remind myself that it’s not about me,” she says. “It’s about something bigger than me, and it’s about the people that I have been placed in front of.”

The sentiment came sharply into focus when Armstrong traveled to Ferguson, MO last month to march in objection to the slaying of 18-year-old Michael Brown. Armstrong, who marched to the site of Brown’s death, says she was amazed at how visibly pained the community was.

Though she didn’t go to Ferguson with intentions of playing music, Armstrong found herself onstage, nonetheless. A friend from Nashville was playing at a house show about 20 minutes away, and she invited Armstrong to join in the performance. People at the show had just enjoyed a neighborhood bicycle race and seemed oblivious to the devastation in the next town over.

“The host of the house party asked me to tell her guests why I was in St. Louis before I started,” says Armstrong. “When I was done playing, she pulled me aside and thanked me for bringing gravity and reality to the evening.”

Armstrong packs a similar blend of truth and power onto her new record, Go. The album is born of the same courage that allows her to step in front of a crowd and face them eye-to-eye. For Armstrong, music is an exercise in bravery.