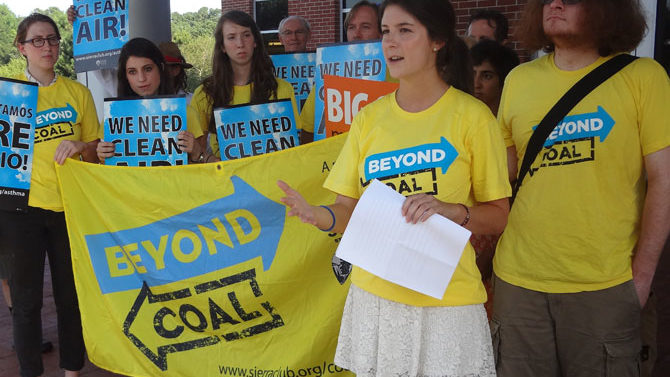 The University of Georgia is finally getting rid of its coal-fired boiler, President Jere Morehead announced today.

The decision came after a study by consultant Jacobs Engineering, initiated in 2013, examined options for replacing the 50-year-old boiler, which is the single largest source of pollution in Athens.

The most economical solution is an electrode boiler that UGA officials said would cost $4.5 million to install but save $19 million in operating costs over 30 years.

The electrode boiler creates steam to heat campus buildings using electricity, which in Georgia is mainly produced by—you guessed it—burning coal. Although administrators couldn’t say at a media briefing this morning how much less pollution the new boiler will generate, Vice President for Finance and Administration Ryan Nesbit said it will “generate savings that can be invested to enhance the university’s teaching research and service activities” and “reduce our overall energy consumption on campus.”

The old boiler would shut down in February 2015, and the new one would come on-line in November 2015. Three natural gas-fired boilers will remain in operation.

The electrode boiler still needs approval from the Board of Regents, which meets next Oct. 14–15 in Valdosta.

Assuming it’s approved, the new boiler will bring an end to coal deliveries on a 3.8-mile rail spur running through campus. Could that pave the way, so to speak, for downtown master planner Jack Crowley’s dream of passenger rail and a multi-use path between the Multimodal Center and the State Botanical Garden?

Not anytime soon. “We’d be happy to see those developments take place in the future, but it’s a long way off,” Morehead said.

A Walk Among the Tombstones