Jeff and Spencer Tweedy Kick off Tour in Athens 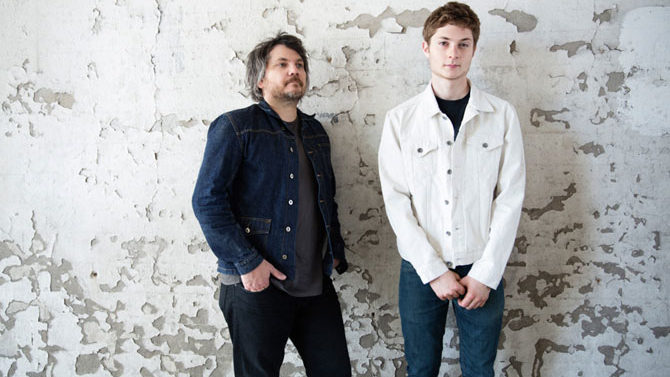 Jeff Tweedy’s history with Athens is well documented. Careful readers of liner notes know that Uncle Tupelo recorded March 16–20, 1992 at John Keane Studios with Peter Buck in the producer’s seat, and Wilco made several stops in town on its way to alt-whatever fame. But Spencer Tweedy, Jeff’s 18-year-old son and his collaborator on the forthcoming album Sukierae, has, save a few visits to Texas, no real history with the South. This will change when the duo—appropriately and simply named Tweedy—tours in support of the new record this fall.

Although Sukierae is a family affair, Spencer, who played drums on the album, insists it is basically a Jeff Tweedy solo record. “It was just never really on the table [to have members of Wilco involved],” he says. “From the very beginning, my dad set out to do the record by himself. The idea for him is that he thinks a solo record is a solo record, and that you really should try to do as much of it as you can by yourself. I was allowed in on that, because we share the same DNA.”

The only other contributions on the record came from R.E.M. co-conspirator and Minus 5 front man Scott McCaughey (because “neither of us are any good” on keyboards, says Spencer) and Lucius lead vocalists Holly Laessig and Jess Wolfe (because Jeff “just really loves their voices”).

The 20-song Sukierae didn’t come into being within the confines of a specific session; rather, songs were written at home and recorded intermittently at the Wilco Loft, the band’s private studio in Chicago. But speaking of the album’s gargantuan track list, Spencer says the process wasn’t all that taxing. “It wasn’t daunting because we just went to work,” he says.

That “work” started after the elder Tweedy completed producing and recording Mavis Staples’ One True Vine, released last summer. Spencer says it was an incredibly prolific period. “There was no protocol. There was a wide range of approaches for these songs.” The record displays a startling sonic range; traces of punk nestle next to softer acoustic soundscapes.

Many of the songs were inspired by the other party responsible for Spencer’s genetic makeup, Susan Miller Tweedy, who is also a music industry insider, having run the Lounge Ax in Chicago in the late ’80s and early ’90s. Sukierae took shape as Susan was diagnosed with a rare type of non-Hodgkin’s lymphoma; she is currently receiving treatment for the disease.

Given the context in which the album was written and recorded, an obvious question arises: Was it a bonding experience for father and son?

“I would say no, but that’s only because I considered us to be a very close family to begin with,” says Spencer. “We were already tight, and we already prepared for something like that. [We were] there for each other. The music is just sort of a bonus factor.”

Although promoting Sukierae will take up much of the rest of 2014 for Spencer, who is deferring going to college for a year, he says he is also at work on his own material. “[Those songs] sound like Wilco, because I grew up listening to Wilco and loving [them],” he says with a laugh. “There’s no point in hiding it; I’m not ashamed to admit it.”

Despite an appearance sitting in with Wilco at Madison Square Garden at the age of 12, Spencer doesn’t take his new venture lightly. The drummer, who admits he worries about “sounding too star-struck,” holds a deep appreciation for his dad’s art that transcends the familial connection. “I had no clue that [we] would [play together],” he says. “It was something that I had thought about… But, no, I wasn’t expecting it.”

When asked about how he feels about his first major release, Spencer again evades pretense. “I just hope people listen to it loudly and on moderate-to-good quality speakers,” he says.