Team Kirk Raises Money, Support in the Fight Against Cancer 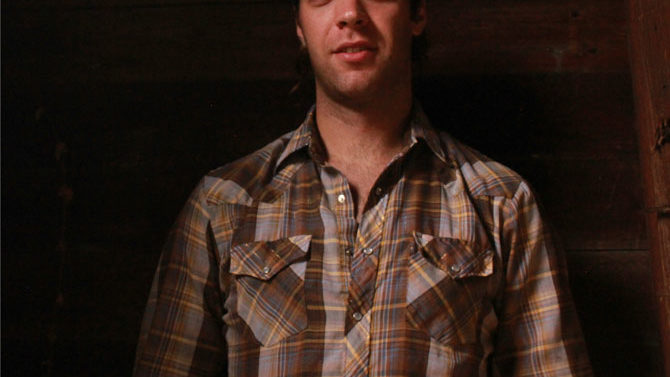 If you’ve been in Athens these past few months, chances are one day you peered up from behind your steering wheel and saw the bumper sticker. You know the ones: white ovals with bold black text inside. “OBX” for North Carolina’s Outer Banks. “NYC” for, well, NYC. But this was one you hadn’t seen before: “TK.”

“My friends thought it was some kind of athletic team. I’m slightly embarrassed by the whole thing,” says Kirk Smith, the man who inspired Team Kirk’s beginnings after being diagnosed with stage-three lung cancer the day after Christmas last year.

It’s hard to say exactly what Team Kirk is. It doesn’t have an office, and no one is officially in charge. The group raises money for the Cancer Center of Northeast Georgia by putting on events—like a party at the Jittery Joe’s roaster in April, where organizers offered beer, food and entertainment. At that event, they raised nearly $10,000 for the Cancer Center, which helps patients with basic living expenses, such as rent, utilities and food.

Monday, June 9, they will hold a benefit concert at the Georgia Theatre, featuring music from Rob Nance and the Lost Souls, Jim Avett (the patriarch of the now-famous Avett family) and locals Grassland String Band. The concert starts at 6:45 p.m. and will also benefit the Cancer Center.

Smith is a native Athenian and an active member of the community, an avid runner and playful sort who chose the motto “Live Goofy” for the Livestrong-inspired wristbands Team Kirk has provided for friends and family to wear in solidarity. Strong and compact, with slightly graying, close-cropped hair, he has an air of calm confidence and matter-of-fact pragmatism, captured by another of the maxims he has taken to repeating: “Start where you are. Use what you have. Do what you can.”

Smith is no stranger to concise, persuasive language; his father founded The Adsmith, an advertising and design agency located on Milledge Avenue. Smith now runs it, and his wife, Jayne, works for UGA. Being financially stable, when the diagnosis came, Smith and Jayne knew they wanted to do something to address and acknowledge it, but they didn’t want or feel the need to ask for help themselves.

Being faced with something so big and frightening can be difficult for friends and family, who want to help but don’t know what to do, they say. Though Smith expresses embarrassment about being the center of attention, Jayne points out that having a cause to rally around has been helpful for loved ones.

“We have several friends who have lost husbands to cancer,” she says. “They said, ‘Help [other people] out by giving them something to do.’ That was helpful to hear right up front. I wouldn’t have thought about that.”

In addition to support from friends and musicians like Jody Daniels of Grassland String Band, who Smith says has been instrumental in planning the group’s events, Team Kirk has also seen support from Terrapin, Mama’s Boy and the Oconee Veterinary Hospital, and other friends have stepped in to help with organization and logistics along the way.

“It’s very significant to have an organization come to you and do it all, and all you have to do is help promote them,” says Kimberly Liebowitz, director of the Cancer Center. “We are so lucky that, in the face of Kirk’s illness, they chose to help other people.” Liebowitz says the Cancer Center gave $160,000 last year to local cancer patients—the money is especially helpful in the hot summer months, when utility bills climb and strain already struggling families.

Smith, Jayne, Daniels and the rest of Team Kirk’s loose coterie aren’t sure what they’ll do after the Georgia Theatre event. For now, they are focused simply on making sure it’s a good time.

“I want to make sure people don’t come to an event wringing their hands,” Smith says. Indeed, all along, Team Kirk has emphasized the celebratory over the somber, which is perhaps part of the reason the initial fundraiser was such a success.

Of course, that amount is nothing to sneeze at. Combined with the proceeds of Team Kirk’s first event, it would equal nearly 9 percent of the amount the Cancer Center furnished to cancer patients last year.

And there is still a more personal battle to fight. With the support of friends and family, Smith continues to combat his own disease. Still, he says, he feels like one of the lucky ones. “Go sit in the lobby of a cancer center,” he says. “It’s pretty powerful stuff. I don’t really know how some people deal with it. It shines a light on those things.”

To learn more about Team Kirk or stay up to date on what the group is up to, visit caringbridge.org/visit/teamkirk.

WHO: Rob Nance and the Lost Souls, Jim Avett, Grassland String Band
WHERE: Georgia Theatre
WHEN: Monday, June 9, 6 p.m.
HOW MUCH: $10 (suggested donation)