The Swimming Pool Q’s Have Always Been Here 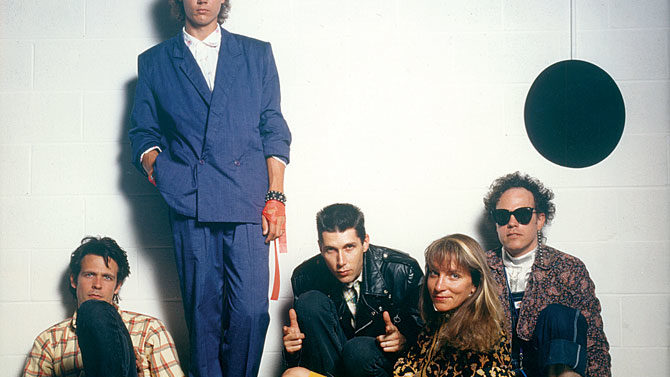 Few bands last a decade or longer. Even fewer last two decades. And then there’s an elite group that includes the Swimming Pool Q’s, the new wave band with deep ties to the Athens and Atlanta scenes that has been active for 35 years. The group might take its sweet time to complete albums (in its lifespan, the band has released only five full-lengths) and book tours, but the Q’s group seems to be at its best when members work on their own time and at their own pace.

Singer and guitarist Jeff Calder insists that the Q’s never broke up, but that the group’s lull in the middle of the 1990s was merely coincidental. A few lineup changes notwithstanding, Calder says the Q’s have been “remarkably stable” throughout their three decades-plus existence. (The band’s former drummer, Robert Schmid, rejoined in 2011 as its full-time bassist after a long stint away.)

As for the band’s longevity, Calder credits something in the Georgia water. As we well know, the Q’s were one band among many from the late ’70s and early ’80s that brought national attention to the Athens and Atlanta scenes. It was “an exhilarating time, and I think all of these artists, their highbrow attitude and approach, took the South in a positive direction,” he says.

Despite the early buzz that the Q’s generated by opening Southeastern slots for artists like The Police, Devo and Lou Reed, Calder recalls that “there was considerable hostility coming at our crowd from the direction of the media and the music industry, [which was] partially the result of a generational shift.” Still, Calder and company pushed on. He notes that the Q’s sense of humor “put people at ease” enough to make the group a “go-to act for promoters,” allowing the band to get several breaks when new wave finally found serious cultural resonance.

But while these big gigs might have put the Q’s on the map at the time, looking back, the band felt that its archives were lacking the proper historical support.

“We’re very proud of the albums, and over the years, there has been a lot of demand for them,” says Calder of the recent decision to attempt to reissue most of the group’s back catalog. “It’s important for us to put the Q’s on a stronger historical footing.”

The 2013 release of the band’s self-titled debut and its follow-up, Blue Tomorrow—packaged together as 1984–1986: The A&M Years—on Cipher Bureau and Bar None Records even garnered a mention in Rolling Stone as being one of the top reissues of that year.

“We felt The A&M Years would be pretty well received, and it has been—but, hey, you never know,” says Calder. “Somebody could have just as easily said it was never that good to begin with.”

The Q’s had more than a little help from their fans when it came to financing the reissues; the band crowd-sourced the production costs through a Kickstarter campaign, which successfully met its goal. “If it was going to be done right with bonus material, [a] booklet and video footage, The A&M Years was always going to be an expensive labor of love,” says Calder.

With the Q’s riding their own new wave of praise, they’ve focused their attention on a number of other projects for 2014 and beyond. Most notably, the band has recently released a new batch of songs on an EP titled System of Love, which can be found on Bandcamp and includes songs the group will play Friday at the Melting Point.