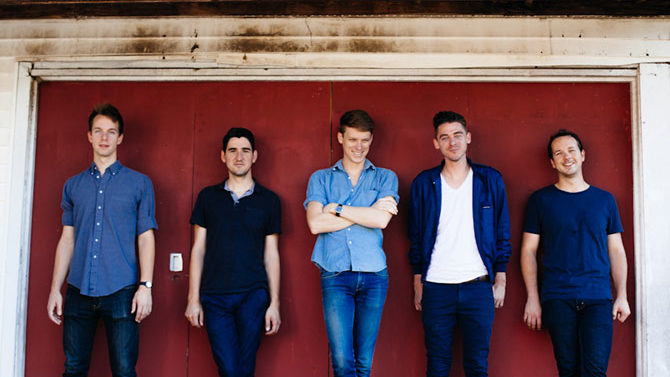 Over the four years of its existence, local post-pop band Easter Island has made several personnel adjustments. Each time, a member moved on for the sake of stability. As a band comprised of close-knit friends, prioritizing family, health and happiness were never up for debate. Recently, at the height of its popularity, the group announced that it would be no more. It came as a shock to loyal followers, but the reason for the breakup is the same as the reason for its success: love and care.

Brothers Ethan and Asher Payne began their music careers in separate cities—Ethan in Athens, Asher in Chattanooga. Asher moved to Athens after completing his undergraduate degree, and the two quickly began introducing each other to the music they had made while apart. They soon recruited three of their best friends—John Cable, Andrew Terrell and Nate Thompson—into the fold.

In January 2010, the band recorded the Better Things EP with the help of drummer and sound engineer Patrick Ferguson, a longtime fixture on the Athens scene. After finishing the EP, Easter Island joined forces with Team Clermont for a press campaign. The collaboration led to the band’s song “Proud” landing on the ABC show “Off the Map,” a series about doctors working in a South American jungle.

But just as the group was gaining momentum, its lineup shifted: Drummer Cable and bassist Terrell moved on. Guitarist Thompson stuck, and Ferguson, taken by the band from the beginning, stepped in to play drums. Ryan Monahan, a friend of Ethan’s, volunteered to play bass. “It was so natural for us,” says Asher.

The organic feel proved helpful in the studio, where Easter Island returned to record a full-length album with only seven songs prepared. By the end of the recording, there were 11. Ten of the songs made up the album, Frightened. It was met with kind reviews, but the band, held back by jobs and financial limitations, was not prepared to tour aggressively.

“I think exposure lives in two worlds,” Asher says. “It kind of has to go hand-in-hand. In order for us to have gone somewhere, we should have been touring, prior to the release of Frightened, during the release and after, because we got good press from the album.”

Still, Easter Island gained real strength at home, specifically at the Caledonia Lounge. “That’s where we became a confident band,” says Ethan. “There were some really bummer times at the beginning, and Caledonia was a really good boost in confidence.” It was also where the band was approached by booking agent Jesse Rosoff, who helped it secure tour dates across the country, including a showcase at last year’s SXSW.

Then came another change to the plan. Ferguson and his wife had recently adopted a daughter, and the thought of her feeling abandoned was more than he could take. Riding the promise of possibility, the remaining members pressed on. Drummer John Swint had just ended his stint with Modern Skirts, and he had expressed interest in Easter Island long before there was a need. Ferguson endorsed Swint, making the decision that much easier.

“I remember talking to Patrick and him saying, ‘Swint kind of reminds me of me in the ’90s, just this ferocious thing that doesn’t really stop’,” said Asher. “And we needed that Patrick-like ethos.”

Easter Island was ready to move forward. It released the Dinosaur Drift EP and booked a full fall 2013 tour. “We were all in,” says Ethan. After a New York City show at Arlene’s Grocery on the opening night of the CMJ Music Marathon, the band was approached by a label.

Soon after, Thompson confronted Ethan with news. The married man was ready to devote more time to his wife and to becoming a father, and wanted to have a stable job. “He told me, ‘If Easter Island makes it big tomorrow, I still need to move on’,” says Ethan. The brothers knew the loss would likely be impassable. “His creativity in creating these amazing guitar tones, none of us have,” says Asher. “We needed him so bad.”

Asher and Ethan determined that they would move on with Easter Island only if Swint and Monahan were fully committed. But a conversation with Monahan revealed what they feared. “Ryan had some health issues,” says Ethan. “If Nate had still been in the band, I think his desire to just power through would have been higher, but without Nate in the band and with that change, he just wasn’t up for the adjustment, and so that was the nail in the coffin.”

“[Easter Island] was such a huge part of my life communally, that having to teach someone the songs without them experiencing them—[it] just wouldn’t be the same,” says Asher. “I’m one for ending things on high notes, and this is the highest note that Easter Island has ever had.”