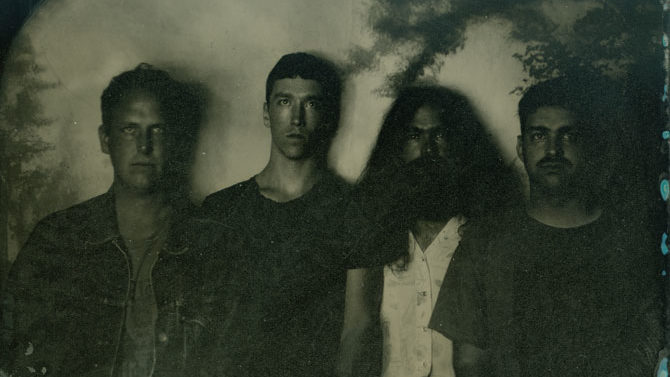 In the wake of the sadly defunct Athens PopFest, longtime Athenian Gordon Lamb wanted to stay busy. Having worked as a PopFest partner since 2008, Lamb turned his attention to Athens Intensified. Although the two-night event, hosted at the Caledonia Lounge, begun rather modestly, Lamb (who works at the Caledonia in addition to churning out Flagpole‘s weekly Threats & Promises column), is quick to emphasize that Athens Intensified is not quite a festival, preferring to call it an “event,” although he hopes to one day grow it into a full-fledged fest.

Last year’s inaugural Intensified was no measly affair. Lamb managed to land legendary punks The Queers and experimental icons Silver Apples, as well as a slew of Athens newcomers like Muuy Biien and Karbomb. The event also included a Thursday night showcase of artists paying homage to the late Elliott Smith featuring T. Hardy Morris of Dead Confederate, among others.

Managing an event like Athens Intensified is no easy task. Lamb has taken on nearly all roles in the planning process, including promotions, booking, handling artist relations and finding sponsors to help make the event possible.

While those attending the event may not think of the work that goes into preparing something like Athens Intensified, Lamb nevertheless manages to stay enthusiastic. And despite taking on all these responsibilities, he still somehow finds time to have fun.

“It’s very difficult. I have to literally force myself to stop—turn off my cellphone and stand right in front of a band,” he says. “It’s almost as if you’re the director of a play. Is it possible to remove yourself from that director’s role? I don’t know. But I do find time to enjoy myself.”

For the second year in a row, Athens Intensified will be an all-ages affair. Lamb notes that it is a “no-brainer” for him to open it up to everyone. “I have bands playing that aren’t even 21 years old yet. Why wouldn’t I let fans under 18 or 21 in?” he says.

Although Lamb admits that there are risks to having an all-ages event in a college town, the benefits, he says, outweigh them.

“I hate the idea of something cool happening that some kid wants to go to and they can’t just because they’re 16 or 17,” he says.

A fan as much as an Athens music guru, Lamb looks forward to the acts playing this year’s event. A longtime fan of British rockers The Smiths, Lamb glows with excitement when talking about Smiths bassist Andy Rourke, who will perform a Friday night DJ set. Lamb has also developed close connections with many of the bands slotted to play, including hometown math-rockers Maserati, and Cave, a psychedelic rock band that releases albums on Chicago’s Drag City label.

While there is no major stylistic thread connecting the bands playing this year’s event per se, what ties the event together is Lamb’s enthusiasm for them all. “It is a real accurate reflection of at least a portion of my tastes,” he says.

Lamb looks forward to expanding Athens Intensified, but only in due time, and on his terms.

“I want to grow this, but in the smartest way possible,” he says. “I also want it to be approached from a thoughtful point of view. I don’t want to be in a position of booking bands only because they can fill a room. I always want the lineup to be made up of artists that I really like personally.”