King of Prussia Returns to Claim its Crown 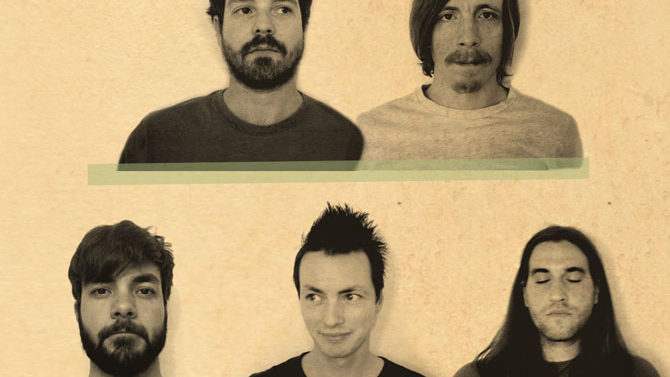 For Brandon Hanick, the past half-decade has been one given to rambling. A onetime Athenian and the singer-songwriter behind pop act King of Prussia, Hanick has quick-rooted in places like Virginia, Chicago and Barcelona. His travels have informed his personal and artistic lives equally, and this week he returns to Georgia to perform, to show off his new double album and also to settle down once again—in Atlanta, once his tour wraps up in April.

“I work remotely as a copywriter and ACT test question writer, so I can really be anywhere as long as there is Internet,” says Hanick. “Basically, I’ve taken the money that would’ve gone to rent and monthly bills and used it to pay for plane tickets, rental cars and the occasional hotel room… but [I’ve been] mostly crashing with friends.”

As far as local albums go, King of Prussia’s debut, Save the Scene, released on Kindercore in 2007, remains one of the better ones that few people have heard. Hanick honed his craft and, with some pals in South Carolina, cobbled together an album of harmonious tunes awash in reverb and echo—summery, positive and unflinchingly melodic. It was informed by the music of the ’60s and ’70s, from The Association to The Zombies. It sounds the way a mod paisley shirt looks.

Over the next five years, Hanick continued to write songs and record them when he could, putting out a handful of releases, including last year’s Transmissions from the Grand Strand, an album underpinned by a number of textural and atmospheric effects. King of Prussia’s new double album, Zonian Girls & Summer Spooks, comprises 20 songs Hanick wrote while living in sunny Spain, and they reflect his life there at the time.

“It’s beautifully weird. I guess life there just seems a little less pre-packaged,” he says of Barcelona. “With that spontaneity and depth of feeling comes higher highs and lower lows, and I think that’s what is reflected… on the new album. Also, I’ve written a couple verses and one full song in Spanish. I think being able to pepper in a bit of Spanish here and there opens up a lot of lyrical possibilities. There are turns of phrases, shades of meaning and slang that exist in one language but not the other, so it’s good to be able to draw upon both.”

Recorded in Barcelona, Athens and Bordeaux, France, the songs on Zonian Girls run the emotional gamut. With more than 20 different musicians on the album and source material taken from sessions in three different countries, King of Prussia had to rely on a trusted pal to help mix and polish the final product, so it turned to local producer Jesse Mangum of Glow Recording Studio.

Says Hanick, “Jesse is a mad, brilliant genius, and we wouldn’t put our record into the hands of anyone but him… Jesse is like a member of the band. In fact, he was even a touring member for a while.”

The band’s current incarnation—Hanick on vocals and guitar, multi-instrumentalists Nathan Troutman and Brian Smith, Vasco Batista on guitar and drummer Simon Mille—swings back through Athens this weekend. (Hanick calls the current live lineup “the perfect amalgam of the European and American versions of King of Prussia.”) The group’s 21-date tour will last about a month, after which Hanick plans to start house-hunting in the ATL.

Zonian Girls & Summer Spooks is about halfway mixed and should be ready for download and purchase soon; expect to hear a good number of the tunes at the show.

“We all feel like this is the best stuff that any of us have ever recorded,” says Hanick. “It’s an amazing feeling to listen to the songs and feel as though you’re listening to another band… I think people will dig it, but most importantly, we, the bandmembers, dig it. I’m sure we’ll all listen to this album 30 years from now.”

WHO: King of Prussia, Feather Trade, Pipes You See, Pipes You Don’t
WHERE: Flicker Theatre & Bar
WHEN: Friday, March 8
HOW MUCH: TBA