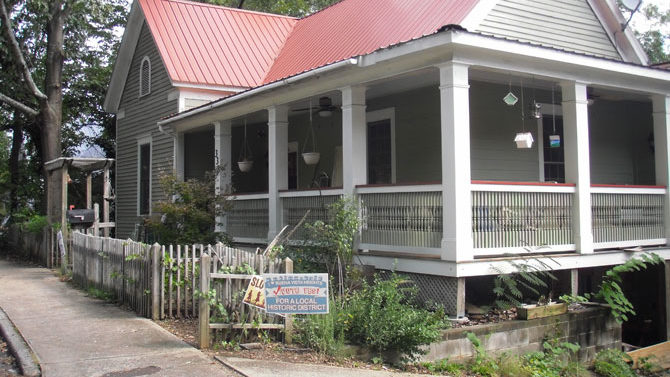 “It’s been the most divisive thing I’ve ever been around in my short tenure as a politican,” said Commissioner Jared Bailey, who represented the neighborhood from 2011 until redistricting took effect in January.

Maxwell compared the district to developers’ efforts a decade ago to transform the Rocksprings/Hancock Corridor area, where he lives, which led to his election in 2002. “I don’t want to see other people go through what I might have had to go through had I not spoken up and been elected to this seat,” he said.

But only Commissioner Jerry NeSmith joined them, and the original map went down 7–3. 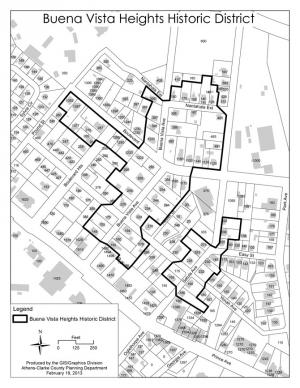 The compromise map drawn by Commissioner Kelly Girtz, which includes 62 lots, passed 6–4. “What I’ve tried to do with the commission-defined option is come up with some general consensus,” he said.

Girtz said he’s heard too much hyperbole and too many personal attacks over the historic district. No matter what the outcome, “we’re not going to be talking about the Buenapocalypse,” he said before the vote.

The passion was on full display during an hour of public comment, with the audience spilling out the doors and more than 20 people taking the podium. Debate pitted longtime residents and historic preservation advocates against landlords, builders, Realtors and homeowners who are new to the district—several of whom said they only recently became aware of the issue.

Cobbham resident Irene Budoff said she lived in Houston and saw the “horrible effects” of unfettered development. Historic districts preserve a sense of community and promote tourism; tour buses drive through Cobbham all the time, she said.

Mark Ebell, a doctor who lives just outside the Buena Vista district, said it will have the opposite effect: Homes that are too small for families will stay rentals and fall into disrepair. Noah Brendel said he’d rent out the house he recently bought in Buena Vista rather than live in it if the district was created.

Restrictions will also mean property owners will be unable to make their houses more energy-efficient, Ebell said. “I think it’s a real shame that we can’t innovate in our housing (stock) and do things that are greener and more sustainable,” he said.

Such improvements are routinely approved by the HPC, member Sharon Bradley said. “We approve expansions, additions, new construction in historic districts every single month,” she said, adding that the HPC moderates but does not stop growth.

Some opponents, including builder Jared York and real estate agent Jamie Boswell, claimed the district will hurt property values, although studies show property values actually go up in historic districts. “You are deciding, I believe, the quality of my retirement,” said Tom Davis, who lives in a “new 100-year-old house” on Yonah Avenue.

District proponents, on the other hand, said the district will stop out-of-scale development and preserve affordable housing for artists, musicians and other working-class residents.

“It’s not right for these houses to be destroyed or radically altered to cater only to those who can afford large homes,” Buena Vista resident Deborah Stanley said. “…The very character of our neighborhood is being chipped away house by house, brick by brick.”

York called for higher density like in-law suites and apartments over garages to keep housing affordable. “The truth is simple supply and demand” is driving up prices, he said.

The Law family, which owns a Park Avenue house, questioned whether the neighborhood is even historic at all. “Houses filled with artists and musicians do not make it historic,” Jim Law said.

Boulevard resident Melissa Link produced evidence that the Laws’ house is a century-old gabled ell cottage (which they denied) built at the same time as Boulevard, a historic district just to the east. Kelly also called Buena Vista similar to Boulevard and a great example of turn-of-the-century working-class architecture.

Kelly also noted that the National Trust for Historic Preservation, which named Athens one of its “dozen distinctive destinations” in 2009, included 10 structures on the National Register of Historic Places that Girtz excluded from the local district.