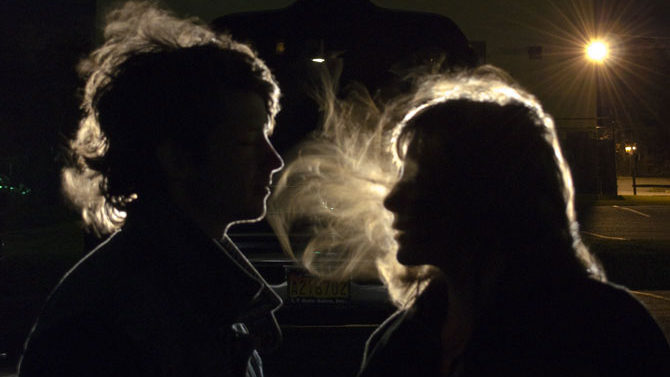 Touring 180 shows behind a single record is going to do a lot of things for any band, highlighting a delicate balance between the upsides (more fans, an impenetrable live show) and the drawbacks (a certain aversion to busses, vans, hotel rooms and the works). Perhaps the most progressive symptoms, and the ones that most struck Baltimoreâ€™s Victoria Legrand and Alex Scallyâ€”who together form dream-pop duo Beach Houseâ€”are a sense of constant wonder concerning the next step and a mounting desire to create something altogether new.

â€œWe were fantasizing about making a new record even while we were touring for Teen Dream,â€ says Legrand in reference to all those shows behind the duoâ€™s 2010 album. â€œWeâ€™re really high-energy people. We donâ€™t really stay too long in one place, and when you play that many shows, music becomes more physicalized inside of you. It can become automatic. After that long, you are definitely ready for creating a new world.â€

The duoâ€™s new record, Bloom, is therefore not surprisingly a product of the roadâ€”an admittedly long road packed with new experiences and mountains of musical growth for both core members.

â€œYou get a lot of pent-up energy when you play all those shows and those songs so many times,â€ says Legrand. â€œYou understand them in a way that no one else ever will, and thatâ€™s where the attraction starts of imagining another place. Thatâ€™s where the seeds of songs and bits and pieces of stuff find their way into your notebook.â€

When the Teen Dream tour ended, Legrandâ€™s notebook was overflowing with dozens of snippets, ideas and song skeletons. Itâ€™s an artistic quagmire; while the antithesis of writerâ€™s block, it can often be frustrating to sift through an unending pile of fragments in search of truly inspiring material.

â€œWeâ€™re older; weâ€™re more experienced now,â€ says Legrand of the creative process. â€œOur artistry and our ability to get things across, or to chase an idea down and really make sure that whatâ€™s happening is what we want to happen, I think those skills keep sharpening.â€

Bloom is indeed a sharpened, logical step for Beach House. Recorded on 2-inch tape (as Teen Dream was) and again aided by producer/engineer Chris Coady, the end result is an atmospheric, lush soundscape that smartly expands on the bandâ€™s solidly established aesthetic.

â€œThe differences [on Bloom] are things that we hope people will feel just by listening to the record,â€ says Legrand. â€œEach time you listen to it, I hope thereâ€™s something that youâ€™ll discover that you didnâ€™t discover before. Thatâ€™s the beauty of art.â€

â€œA lot of it is subconscious, the way that you move toward one direction,â€ she continues. â€œYou have all these experiences and, ultimately, you go where you feel compelled to go. We follow our instincts and impulses, and weâ€™ve been doing that since the beginning. For us, itâ€™s as much about a journey as we hope it is for the listener.â€

Itâ€™s fair to say that Beach Houseâ€™s journey is at a critical juncture. The lofty success of Teen Dream could, after all, pin any artist under a crippling pressure to succeedâ€”or exceed. Yet, fair as it may be, Legrand scoffs at the notion.

â€œI think youâ€™re defined by the collection of your work. All of the things you make, thatâ€™s part of your identity,â€ she says. â€œItâ€™s like childrenâ€”why would you say one is more than the other, or one is your favorite? As an artist, I donâ€™t want to be playing sides. I just want to create and continue to be inspired.â€