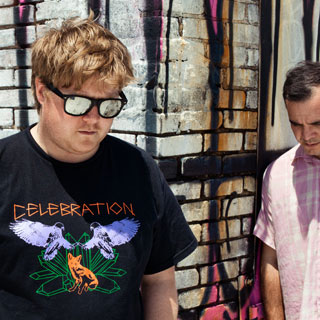 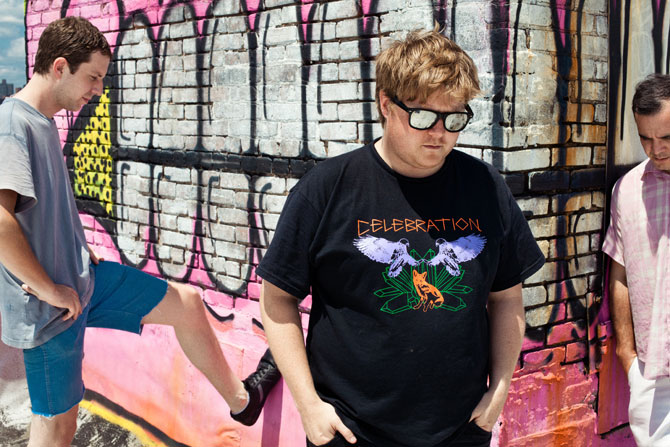 Few things irk Samuel Herringâ€”one third of synth-pop outfit Future Islands â€”like a show that clocks in at anything less than its full potential. So much so, it seems, that months after the bandâ€™s last tour, one such show still sticks with him.

â€œThere was a show on the last tourâ€”my body was shot. I got a little sick before the show, I had a little stomach thing and was really kind of crippled onstage as far as my physical movement,â€ he says. â€œI felt terrible because the truth was that I didnâ€™t feel I had given everything I could. I didnâ€™t live up to what people may have heard or people know about our live shows. And even if people donâ€™t know that, [I] know that. â€

Maybe it seems ridiculous for this show to still stand out in Herringâ€™s mind, but fronting a road-warrior band comes with pride in your craft as a necessary survival skillâ€”the same pride that originally made the Baltimore via Greenville, NC group an indie hit with its 2010 sophomore effort, In Evening Air.

â€œIn Evening Air changed the game for us in a lot of ways, allowing us to get out there,â€ says Herring. It was a record we really believed in, and when we put that out it was more the feeling of â€˜This is it. If this one doesnâ€™t take us somewhere, then what the hell are we doing?â€™ That record changed a lot of peopleâ€™s opinions who did know us and turned a lot of people on to us.â€

It seems that once youâ€™ve got an opinion formed about your band, the logical thing is to change it, which is precisely the formula the trio adopted on 2011â€™s On the Water, a more subdued, introspective addition to the bandâ€™s discography.

â€œWe were wondering how to elevate what we had done or how we should challenge ourselves,â€ he says. â€œThere was also â€˜Do we challenge ourselves [or] try to essentially make the same album again?â€™ With On the Water, we knew we were taking a chance by slowing things down, making it more introspective and talking about some issues that were probably more personal to us.â€

â€œSome of the songs deal with the grind of being a musician and a bunch of questions that had been going through our mind for the last few years as we get older and keep doing this. Your brain gets bigger, but your body gets weaker, and it just makes you feel all kinds of different things,â€ says Herring. â€œWe started writing these songs that were a bit deeper, a bit slower. I think that was us coming off of that rush and all that work. Thatâ€™s where the music comes from, through all that personal experience. Itâ€™s not until you get a chance to sit down that you actually get to look at it and say â€˜Where did the last six months go?â€™ The album really deals with those kinds of feelings.â€

“Feelings” is an operative word for Future Islands, and despite a more emotive and personal record, nowhere does the band express anything better than on tour. The stage is a place they know well, and itâ€™s a place to which theyâ€™re eager to return.

â€œThe biggest thing we want to do [live] is just create some kind of experience for people, to make a show atmosphere as intimate as possible and give people any kind of release we can. We can give ourselves to people onstage, and they can kind of live through us or feel a release through our release,â€ says Herring. â€œIf you can move people physically, youâ€™re doing good. If you can move people emotionally, youâ€™re doing really good. If you can tackle both of those things, then what else can you ask for?â€