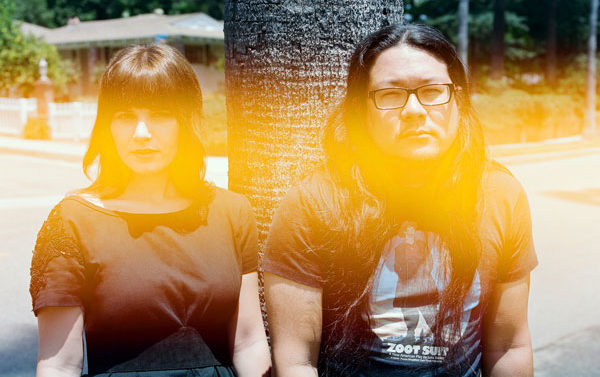 Surf and sunshine probably don’t remind anyone of the high-rises and subway systems of New York City, which is why Best Coast could never be an East Coast band. Bethany Cosentino figured that out soon after defecting from her sunny native California to study creative writing in the decidedly less balmy streets of Manhattan.

“At the end of my semester [at The New School], I thought, ‘I really don’t like it here. I want to start playing music again.’ So, I just dropped out, cold turkey. Then I ended up moving back home and writing new songs,” she says. “I think most parents would be like, ‘No, you can’t drop out of college and move home to start a band that will go nowhere.’ But my parents were like, ‘Sure, sounds fine to me.'”

Those songs were the beginnings of Best Coast, a lo-fi, reverb-blasted surf pop band with melodies and lyrical content fashioned from the Brian Wilson and Phil Spector playbooks. Sunshine and teen themes from love to weed abound on the band’s instantly likable debut record, Crazy for You, appropriately released last summer. It’s the perfect vacation at the beach soundtrack, and outlets like Pitchfork and musicians like Bruce Springsteen are buying the hype.

It’s definitely a long way from her work with the monotonous spacy dub rock of Pocahaunted, which she left in 2009 when she moved to New York. Crazy for You, while not the only record out there mining the beach party garage sound, is actually fun from sunrise to sunset. It’s been a labor of love for Cosentino, if nothing else.

“I wanted to play music but didn’t know what kind of music I wanted to make. That was the sort of thing I got roped into doing with my friend at the time. [Pocahaunted bandmate Amanda Brown] and I just sat down and made this kind of music up and just went with it and did it,” she says. “With Best Coast, it’s more music that’s suited to who I am and what I listen to and the sort of music I would want to hear myself make. This is just something I’m more comfortable doing. This is more of a project I actually put my heart and soul into.

“It’s something that I kind of always knew was something I would do in the long run, but I never really found a project that felt as natural as this one does,” she adds. “But neither of us [Bobb Bruno nor I] expected it would become something we did for a living.”

The band has achieved success with its youthful and simplistic lyrical content, ears well-tuned for a hook and Cosentino’s strangely pretty, unassuming voice that doesn’t try to stretch into something it’s not. She also has a sweet and laid-back attitude that’s as apparent on the record as it is in conversation. She takes that attitude into the studio with her, which she says is why Best Coast released several singles before actually putting out an album—it gave her the time and freedom to ensure she was making the music she really wanted to make.

That’s been her goal since the day she realized she had something to say and didn’t have to depend on others to do the songwriting for her, she says. And one of the most rewarding things about being with Best Coast is finding out how many people respect and relate to her lyrics. Being young and in love is something everyone can get.

“Something that’s really cool and exciting to me is when we play all-ages shows and you get to see those people who listen to your music and how it can range from a six-year-old to a 60-year-old guy. You don’t really make music for a specific age group—at least I don’t. I don’t make music for a specific type of person,” she says. “So, it’s really cool to go places and meet people who are buying your record and people tell you they have a personal connection to a song. It is a very relationship-based record, a lot of very lovesick songs or whatever, and people come to the shows and they’re going through a breakup and they really relate to a song. It makes me feel like I’ve done something that can touch somebody else in a good way, and that’s nice.”