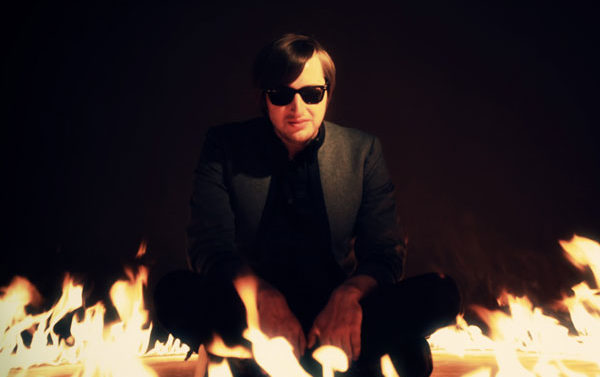 Phil Collins has accepted death. It sounds like a proclamation, but it’s really just an opinion—a lamentation on the state of pop music today. It comes from the mouth of Jason Stollsteimer, frontman for The Von Bondies and now the creative force behind The Hounds Below.

So, where does Phil Collins’ place in the “five stages of grief” fit into that?

“Supposedly, he’s retired from music. Basically, he said his pop songwriting ability is no longer relevant. People don’t really care about that anymore. I find that really interesting. Let’s just say he’s accepted death,” Stollsteimer says. “I don’t know any other way to dance around it except that he’s accepted that he has nothing to do now. By doing that, he’s totally accepted death, and it sucks.”

The demise of respect for lyrical, vocal and pop sensibility in modern music is subjective. Some people think Lady Gaga is a genius, while others like Stollsteimer find a lot more to admire in the golden days of Roy Orbison and, yes, even in the career of Phil Collins. The Hounds Below exists because Stollsteimer doesn’t believe in the irrelevancy of those types of musicians.

“[The Von Bondies] was a garage rock band. I fought so hard to make it not a garage rock band, but it was,” he says. “That was all about playing as fast as we could and, basically, about being teenagers. This is more vocal-centric, more singable and less of just a hit and run.”

The band, which is actually Stollsteimer’s solo project, plays the kind of music he wants to hear. The vocals are pronounced, the melody is strong, and the lyrics have some kind of message, even if only to him. With one EP released so far (streaming in its entirety at thehoundsbelow.bandcamp.com), he says some have likened it to Orbison backed by the Pixies.

It has taken him more than a decade to get to this point, and some people may question why it took him so long to actually make the music he wanted to make. Some may wonder if he stuck it out for commercial reasons. There’s no definitive answer, but the real reason may be that when he first started, he was just a dumb kid.

“When The Von Bondies started, it was just a bunch of us getting together and drinking, and it turned into something. When I was 19, we’d do a whole tour and do nine songs a night, and I wouldn’t have any lyrics. I’d have a chorus and then I’d just rap, basically. I’d sing the chorus and then ramble on about nothing,” he says. “I came into this knowing what I wanted. I didn’t want a democracy. I didn’t want anyone else to have a say.”

It’s been a few years since The Hounds Below came into being, and Stollsteimer has kept true to his word. With an oft-changing crew of players, he’s the only constant in the band. It’s his world, a place where he can write the songs he wants and he can atone for any trouble he may have found in the past, including an infamous and bloody 2003 bar brawl with Jack White.

“Before, I was the average 20-year-old guy whining about crap—jealousy and bitterness. It’s different now. I’m less vain,” he says. “I made a lot of mistakes, and I’m now realizing what they were and trying to learn from them and avoid them, instead of putting myself in bad situations, which I’m notorious for.”

If having a better creative outlet in The Hounds Below coupled with being a few years wiser can help him with that, The Von Bondies deserve to be on the back burner for now. The newfound maturity certainly shows in his songwriting and his vocals, which are quite pretty for a former garage rocker. While not sounding exactly like Orbison, the same kind of appreciation for beauty is there. And while not a dead ringer for the Pixies, the band does offer a similarly fun and melodic brand of pop/ rock and roll.

“Can you dance to it? Can you cry to it? Can you make love to it? I don’t know,” Stollsteimer says. “But I like listening to music I can sing along to and have a good time, so I’d like to offer the same thing.”