The Heart of a Good Song 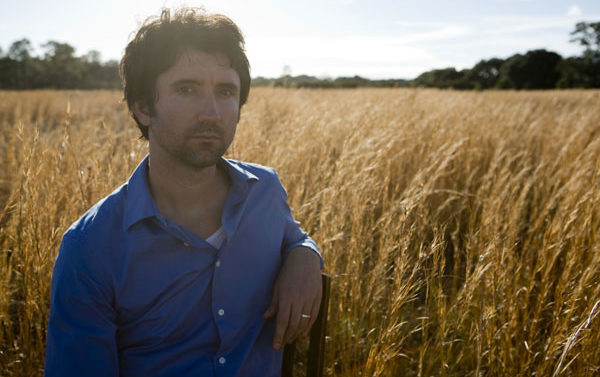 Jay Clifford has just left a recording session, but don’t get too excited; it has nothing to do with his solo career or that of his beloved former band, Jump Little Children, which began as a bluesy group heavily influenced by Irish folk music and evolving to include impressive collaborations with musicians like Amanda Kapousouz of local act Tin Cup Prophette and win admiration from Elton John.

Rather, he’s focusing on his new passion for working on the structural end of the music industry.

“I did a string session for a record a few days ago, and today we put it all together,” he says. “We only have a few days left to finish this record. I’m helping with producing and arranging, that sort of thing. It’s a lot of fun.”

The record in question is the debut from William Fitzsimmons, the first of what should be many musicians to pass through Clifford’s new recording studio, Hello, Telescope, located in his adopted hometown of Charleston, SC.

“I’ve always had a studio in my house, but this is the first time I’ve had a real studio of my own,” he says. “Anyone who wants to make a record, I’ll make a record for them.”

And that’s what he’s been doing for the most part since splitting with JLC in 2005 and releasing his first solo record, Driving Blind, in 2007. And while he used to tour constantly with JLC, these days he just doesn’t get out much at all. It’s not because he has lost his love of performing live, but rather, real life has gotten a little bit in the way.

“I love doing it; I miss doing it, and the reason I haven’t been doing it is because I have a family. I have kids and I’m trying to stay home more,” he says of his recent touring hiatus. “We used to do 250 shows a year, and when you do that for years you get to the point where you don’t get the same experience out of it.”

It’s been more than a year since Clifford mounted any sort of tour and even longer since he’s been to Athens. But if any locals have been waiting around for him, they will have a chance to double up Friday night when he performs two acoustic shows at Flicker Theatre with his friend and Hello, Telescope cohort Josh Kaler of the band Slow Runner. It will be a singer/songwriter affair, with slower songs showing up on the first show’s playlist and perhaps a little more rock later in the evening. The two will perform songs from both Clifford’s solo catalog and his JLC days, which he says promises two totally different experiences.

“Working with Jump was unique. I would love to replicate that experience, for sure. But doing a solo record was liberating in a way. [Driving Blind] is more standard. There’s more instrumentation,” he says. “When Jump recorded it was upright bass, accordion, stuff like that, but my solo record is much more conventional. I wanted to do that because it would be very different from all the records I’d done up to that point.”

No matter the outlet, though, Clifford’s style, by his own admission, hasn’t changed much. But in the end, style isn’t what’s important to him, anyway.

“Whatever the style is, there’s got to be the heart of a good song in there. It’s got to have an emotional connection for someone… Obviously, what’s important is the melodic and lyrical content, but how you interpret the song stylistically is a matter of choice.”

Advance tickets are available now at Schoolkids Records and online at www.etix.com.