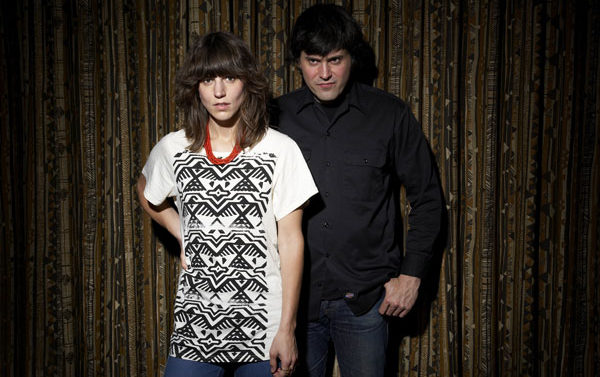 Technological savoir faire may not be the expected ice-breaker in a conversation about the down-home, lo-fi sound of paradoxically named The Fiery Furnaces, but Matt Friedberger shows considerable interest upon learning he’s talking to the writer whose original chat with him was postponed due to a decapitated cell phone.

It’s off-topic for a discussion of the prolific and sometimes described “willfully strange” indie-rock band he shares with his sister Eleanor (no hidden marriage license here), and perhaps it’s because the inner workings of the band aren’t something he really wants to delve into.

He loves to ask about the interviewer’s music tastes. He tries in vain to speak German while correcting his own English grammar. He’s more than happy to expound upon how music that confuses and repels us upon first listen is often what sticks with us. And he readily sidetracks with the notion that meeting musicians you admire is one of the scariest things you can do. (For the record, we can mutually vouch for the gentleman Jon Spencer.)

But he’s hard to pin down musically. The world around Friedberger seems of far more interest to him, and if The Fiery Furnaces happen to fit into his oft-charming musings, that’s just dandy.

Even telling him it’s been difficult to find good information about the band prior to the summer 2009 release of its eighth record in six years, I’m Going Away, doesn’t seem to pique his interest. And he makes no mention whatsoever of the November 2009 release of the online-only self-covers album Take Me Round Again. He’s just sort of glad the word is out.

“The percentage of people in the world who know about us is pretty low. A lot more people know about Coca-Cola and The Beatles,” he deadpans. “It’s flattering that you know anything about the band at all, frankly.”

For a guy who often poses for photos with the expression of a man begging for an excuse to get medieval, guitarist/composer Friedberger is almost disarmingly nice, funny and talkative. His jovial nature actually overshadows most attempts to get to the heart of the meeting, and when he pauses after several lengthy yet thoroughly entertaining ramblings to opine, “But that doesn’t say much about the band, does it?”, the answer is, well, “Not much.”

The key appears to be lobbing one of his adorably cryptic sayings right back at him. So, how do The Fiery Furnaces separate themselves from all the other gusts in the storm?

“We don’t have to do anything. We’re naturally different, I guess. We’re the west wind as opposed to the east wind. We try to make rock music in the tradition of what we think the great rock music of the past is or was,” he says. “But, of course, it can’t sound exactly like the records we admire. What would be the point of that? And we can’t just fix on one formula. It has to be different on each record, and when we play live we have to play different from how the record sounds. If we didn’t, that would be cheating.”

“Different” is also how he describes I’m Going Away, a record he says was deliberately constructed to feel like a bunch of friends hanging out at home and playing music together just for the fun of it. And for an album recorded in such unfriendly sounding places—the basement of an NYC apartment building where “there could be a crocodile or rats the size of antelope,” and in a room adjacent to one housing a huge, caged pig (“We shut the door so the pig wouldn’t be disturbed”)—it works out well. It also works out very weirdly, and he’s aware of this. But for all the band’s eccentricities, including its near-constant flow of new releases, he does have one common viewpoint to explain it all:

“Playing music is one of the most fun things to do. If you’re lucky enough to get it to be your job, then you want to do it double. And I’m into writing songs, into the fun of doing it,” he says. “‘Let’s go make a record tomorrow.’ That should be your attitude.”