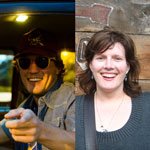 Plan on hitting the road this weekend? You’ll need some tunes to keep things moving and to keep you alert, so we’ve enlisted the help of multi-instrumentalist/composer Heather McIntosh (The Instruments, Circulatory System, AUX Festival) and singer/songwriter Hunter Morris (Gift Horse) for this month’s driving-themed Mixtape War. Although Gift Horse has stayed put this past month with a residency at the 40 Watt Club, Morris is no stranger to the road, as his band has traveled up and down the coast on tour this past year. McIntosh has played music all over the world in numerous projects, and her most recent roadtrip took her away from Athens (boo!) and off to her new home in Los Angeles. We miss you already, Heather! But we know what to put on the stereo when we drive out to visit… 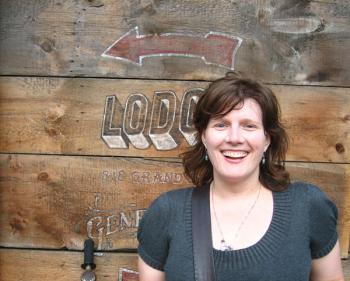 Heather McIntosh on why she picked this tune: This is a fairly nostalgic jam from my early days touring and hanging out with Elf Power. There’s something about the cloven hoof on the gas pedal on the cover that just screams, “And we’re off!”

Hunter Morris’ Reaction: My apologies for getting started with such a dirty mouth, but FUCK. YES. I love Royal Trux. I’m already speeding.

HMc: One might argue that these are two separate songs, sure, but they can’t live apart! I had the Paranoid cassette as a permanent fixture in my old Econoline, and it is still in my current car. Three cheers for the working cassette player in the Subaru Forester!

HM: OK, now I got a freakin’ speeding ticket. And the cop is asking why I was trying to write on my knuckles.

HMc: I kind of went for the “jamming, go down the highway” variety of songs, whereas Hunter has nicely filled out the “sing it out” side of the mixtape coin. As a team, I think we have a pretty good mixtape coin!

HM: I was like this close to putting “Mushroom” on my list, so I totally agree with Can making a driving songs mixtape. This song is awesome.

HMc: Wait for it; it’s when the bass happens that makes it so good.

HM: I’ve heard a little of the back story of Tinariwen, but I have to admit I had never listened to any of their songs. Part of the experience of listening to music while driving is to let your mind wander off into some beautiful faraway place, and this song takes you about as far away as you can go on this planet.

HMc: I’ve covered this song with my band, The Instruments, before, and on first listen it seems too tricky to groove out to, but once you figure out the claps, it’s quite the jammer. I am pretty sure the English translation is something like: “I am not afraid to lose my teeth. I am not afraid to waste my time.” I love it!

HM: I had never heard this Faust song either, very cool song and very trance-y. Pass me that shit, dawg…

6. “Tomorrow Never Knows” by The Beatles

HMc: I’ve always liked this song, but on our last Circulatory System tour, I really fell in love with this one all over again. That bass! That tambo!

HM: “Turn off your mind, relax and float downstream.” I think that’s about as good as it gets for a driving song, right?

7. “Nothing Ever Happened” by Deerhunter

HMc: This song kinda fits that space between Krautrock and MBV that I am always trying to hang out in. It’s so nice for the driving.

HM: Great song off a great album. And it’s a perfect follow-up in keeping with the downhill churning momentum from “Tomorrow Never Knows.”

8. “Meteoroid from the Sun Strikes a Dead Weirdo” by Gerbils

HMc: So worth hollering along to. I am also feeling a bit homesick, so Gerbils fit the bill.

HM: Another band that I almost put on my list. I was gonna put “Are You Underwater,” but this one is a better driving song.

HMc: Every time this song comes on, I am shaken out of any road delirium. I am pretty sure this song is strictly about getting tacos at a restaurant in Chicagoland. Awesome.

HM: Had I not seen Icy Demons live, I wouldn’t get this song as much. But I like how unique of a sound they have, and it’s the kind of song that you’re trying to wrap your ear around until it’s over, and you wonder what you just heard.

HM: Great way to take it home. You don’t ever want the groove of this song to end. 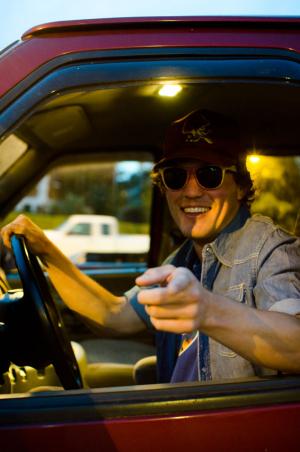 HM: Driving is the time when I feel the most keenly aware of the passage of time, so it seems appropriate to start the drive with this one.

HMc: Granny’s never actually listened to this band… and yes, I must live in some sort of cave.

HM: Awesome driving song… the drums are the hook of the tune to me. If played on the air drums by the driver, the ensuing knee-driving can help keep passengers awake and alert.

HMc: I’ve never listened to these guys before. Is that weird? Those drums fit the driving bill for sure, as do the bendy guitars!

HM: One of the best songs about the passage of time and how we move through the world that I’ve ever heard. I think the lyrics are brilliant.

HMc: It’s got a good beat, and you can really drive to it! Sorry, that was real dorky on my part.

4. “Tell Me Now” by Daniel Johnston

HM: In the case of this song and the next two, the movement is with respect to another person. This song is blissful because of its innocence… even though you want to tell Daniel that it’s not gonna happen, you realize you just have to let him enjoy the moment.

HMc: Daniel! Yay! Yes, how I really love him. Biggest testament to the nooks and crannies of SXSW… I saw him play seemingly unannounced in the snack area of the convention center to a handful of people eating hotdogs as Japancakes checked in many, many, many moons ago.

HM: This song is kind of a “moving on” anthem. Super sloppy and rough, and that’s kind of how moving on usually goes; so it’s just perfect in all its imperfections.

HMc: Totally not related to driving at all, but I do feel that Smash Your Head on the Punk Rock is one of the better record titles ever. It’s really good to go back and take a listen to those guit-fiddles. They still sound pretty shreddingly great.

HM: I love how Tanya sounds like a woman who’s forgotten things that most people will never know—even though she was, like, 13 when this was recorded. Also, I’m pretty sure the character in this song is batshit crazy, if that’s the kinda thing you’re into.

HMc: God, these are good ones. I could listen to this song a million times and just keep trying to blast out each harmony. I love the magical verbed-out sound of this recording. I know I am behind on my country trivia, but, dang, she was 13 when she recorded this? What? Amazing.

HM: Maybe my favorite Neil song. When he says, “An ambulance can only go so fast,” it’s hard to imagine a thought on the passage of time that could work on more levels than that.

HMc: Ahh… Mr. Young. I heard this record for the first time two years ago. Just lovely. One of my favorite album covers (and gatefolds) ever on the Earth. Who would have thought you could ever make the tambourine sound so lonesome? You’re making me want to crack out this whole record right now!

HM: I mean, if you can’t get where you’re going listening to this song, you shouldn’t be listening to music. Or driving. Or breathing. OK, now I’m pissed.

HMc: For some reason this Motörhead jam fills a similar space to the Royal Trux jam I picked. One cloven hoof on the pedal all the way to our destination!

HM: My favorite Pixies song. And one of those songs that, for whatever reason, just sounds all the more captivating when you’re driving.

HMc: Aww, sweet, the Pixies! You can really get your holler on to this one. The “getting of the holler on” is such an important aspect to a proper driving mixtape, especially good for a mid-tour driving lull. I would imagine this mix would be perfect for shaking the van out of the ol’ Minneapolis to Seattle death march!

HM: Perfect closer when you know you’ve almost made it to where you’re going. And who doesn’t get that warm, fuzzy feeling when they realize that the day is coming to an end and they didn’t even have to use their darn A.K. even one darn time?

HMc: There is something super great about driving around to this song on any sunny day anywhere, but it resonates super well out here in my new homeland. Excellent mixtape arc. We’re coming home!