2019 was reportedly the first year Bonnaroo has sold out since 2013, with around 80,000 people filling the farm throughout the weekend. Once I got used to the crowds, the 2-mile hike to camp and the never-ending porta-potties, I had the time of my life.

The trip to Manchester, TN, was full of traffic and spanned time zones, but once we got into the Bonnaroo territory, we thought we were home free. Four and a half hours later, we got to our campsite. The line coming in was quite entertaining, from trying to watch hotspot-induced Netflix to falling asleep on the window to cackling at the couple in front of us that had to make out every five minutes. 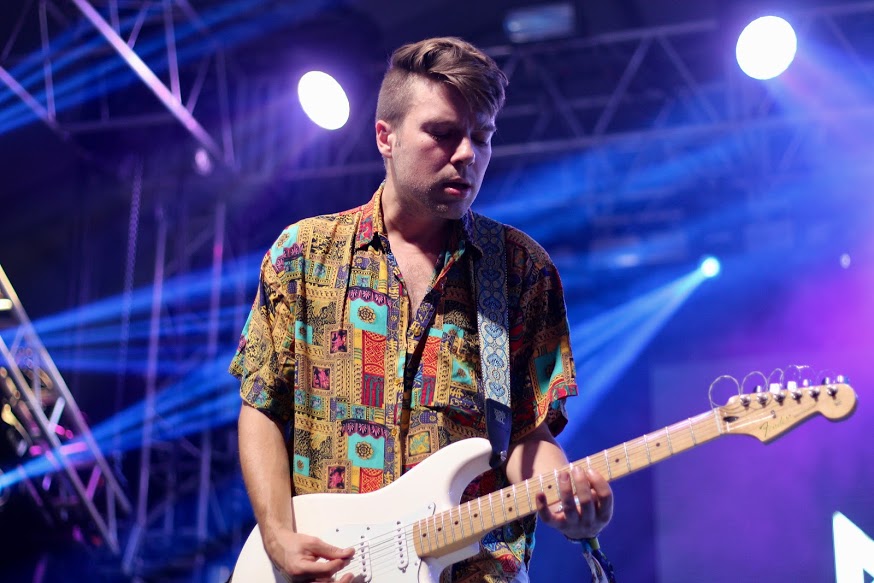 Once we finally got to camp, we set up and sprinted across a field to the Centeroo, only to find another hourlong line. At that point, I had already missed The Nude Party, but I wasn’t going to let myself miss Magic City Hippies’ late-night set. Once inside, and after getting to the wrong stage, I ditched my friends and ran to the correct one. I got to the right side, ready to dive into the photo pit, before the security guard told me I had to go to the left. I was sweaty and tired and sad, but run I did. I finally arrived at the press entrance and was able to get to the pit, where the lights and music surrounded me. I felt untouchable, inches away from a mob of people. Maybe the long-ass drive and frustrating crowds would be worth it.

Waking up at 3 a.m. to the sound of car alarms and rambunctious tent neighbors wasn’t as bad as you’d think—it was mostly just funny. I’ve learned it’s all a part of the experience. 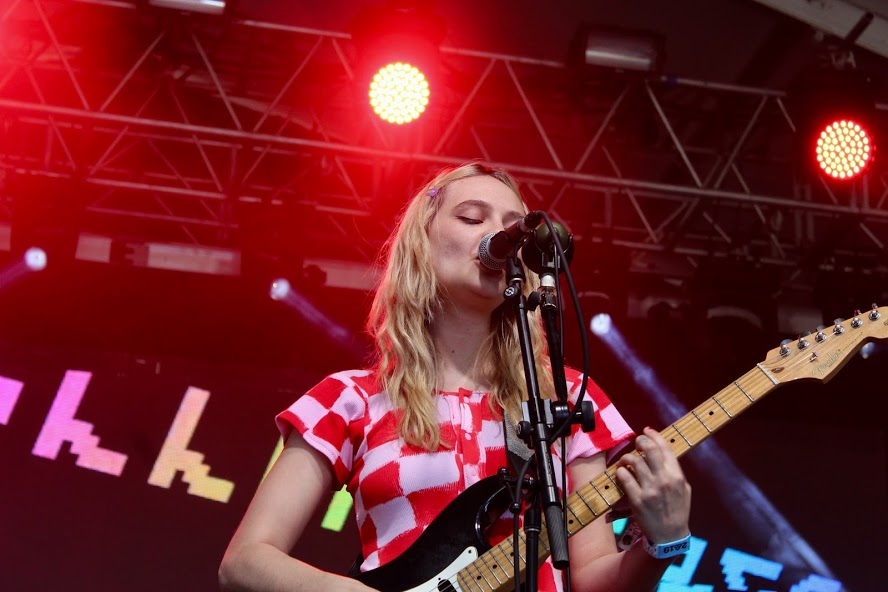 Los Angeles band Cherry Glazerr started my day, filling it with the sweet sounds of doo-woppy punk and a splash of pop. Badass frontwoman Clementine Creevy’s movement spread throughout the crowd, making everyone want to join in her contagious energy. 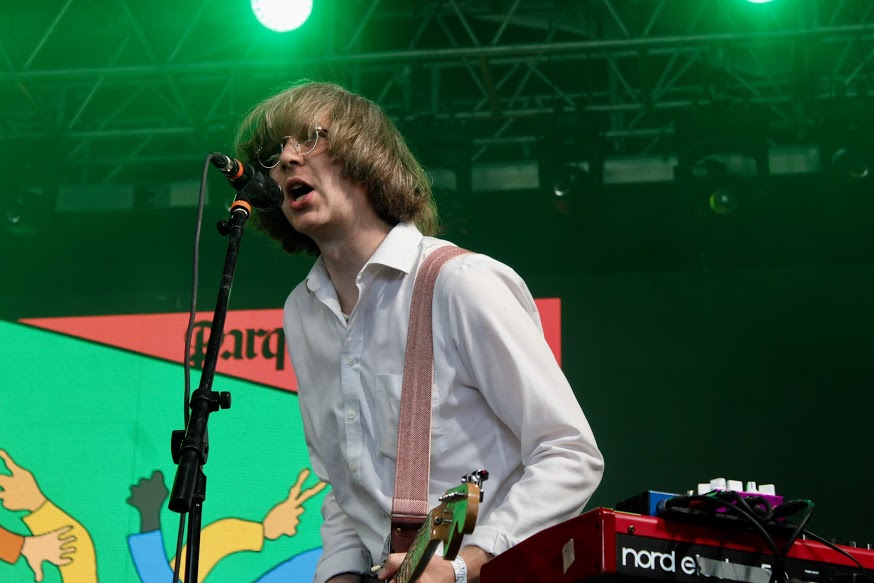 Not long after Cherry Glazerr, I caught a band I’ve been trying to see for some time now. New York’s Parquet Courts appeared for a riveting late-afternoon set. Most members of the group sang throughout the set, keeping things different and interesting. Bassist Sean Yeaton was center-stage and showing more expression than anyone I’d seen so far at Bonnaroo. During each song, and especially the instrumental breaks, he would shake his face so hard I thought it was going to fall off. His metal-band-like expressions made watching the group mesmerizing. 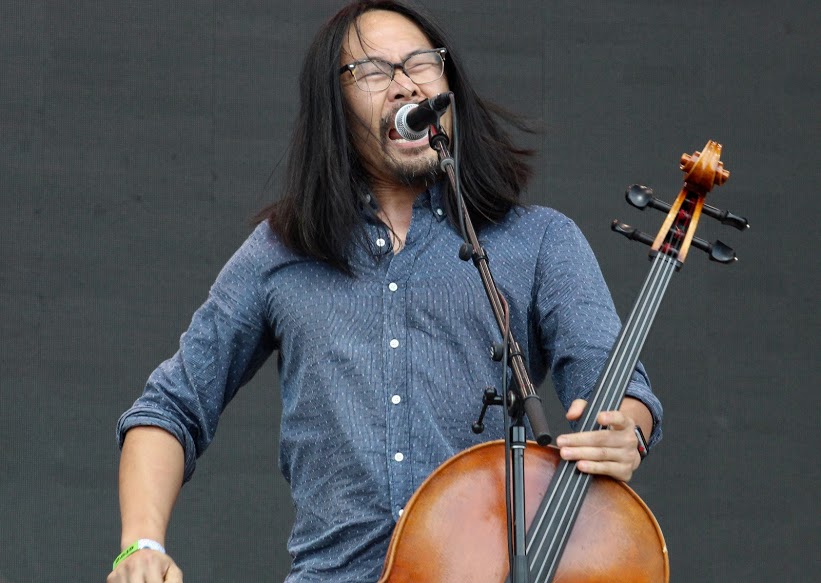 The band I was arguably most excited for was The Avett Brothers. While I’m not as big of a super fan as 16-year-old me was, seeing them live is always an emotional and surreal experience. Being that it was my third time in their crowd, I thought I would be fine, but seeing them enter the stage from the photo pit filled me with such joy that I shed about three tears that I then hid from the other, clearly more professional photographers. Violinist Tania Elizabeth, who left the band while taking care of a newborn, was back and better than ever. They also added Bonnie Avett, the front-brothers’ older sister, on keys and vocals, making it a full family affair. The North Carolina-born folk-rock band played crowd favorites, as well as a couple of new tunes, one of which, “High Steppin,’” was released the day prior, getting everyone excited for their upcoming album, Closer Than Together. Everyone watching seemed to enjoy the familiar energy of their set, bringing me back to a time when that band was the only thing getting me through the day. (It was also really cool to look to my right and find Donald Glover, aka Childish Gambino, watching the show, too.) 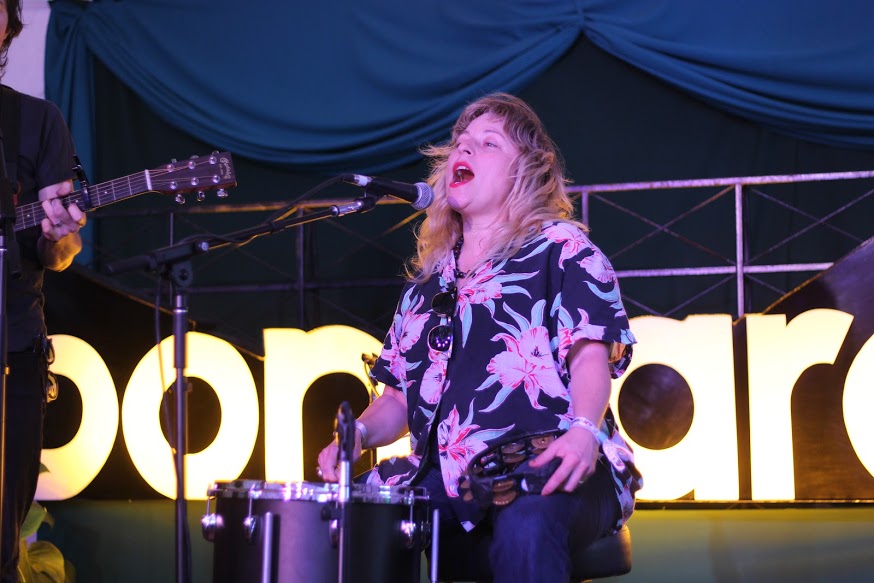 Day three began with a really cool private set from Charleston folk duo Shovels and Rope. The couple broke down to a couple of instruments, and everyone loved watching in such a small setting. Following that was a press conference with them, The Record Company, Ruston Kelly, Jim James (My Morning Jacket), Luke Dick (Republican Hair) and Nicholas Petricca  (Walk the Moon). Despite the interviewer being a little hard to follow, the panel answered all of his questions and shared things they felt were important, like voting and being socially and politically active. James repeated the phrase “wake up,” urging everyone to do their part by voting and looking out for their peers. 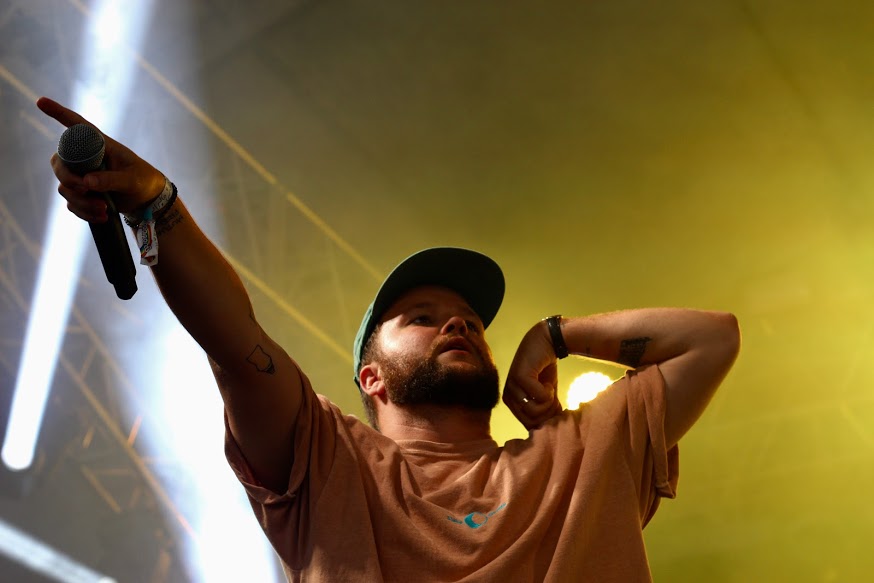 Detroit-born Mikael Temrowski, known as Quinn XCII (pronounced Quinn 92), is a pop-infused hip-hop artist that has gained much traction in the last year. From an outsider’s standpoint, Temrowski kind of looks like a frat boy from the suburbs, but when he opens his mouth, it’s all you can hear. His voice is one that’s unique and seems meant for his style of music. Almost every one of his songs is catchy, no matter what kind of music you prefer.

The highly-anticipated Kacey Musgraves took the second largest stage of Bonnaroo, filling it with the most people it had seen all weekend. Emerging with her guitar and a long red dress, Musgraves grabbed everyone’s attention. The set was perfectly timed to match her Golden Hour theme, with the sun setting in front of her. Between songs, she riled up the audience with her confidence and mesmerising vulgarity. At one point, I, along with thousands of others, had both hands up shooting birds at the sky, per Musgraves’ request.

It had seemed like everyone at Bonnaroo was between the ages of 18–30, but I showed up at John Prine’s early-evening set and found several hundred older festival attendees. The beloved, 72-year-old country artist took the stage, blowing everyone’s mind with his soothing, classic guitar and vocal skills. Every country and folk fan was thrilled—I think I even saw a few neon hula-hoops swingin’. 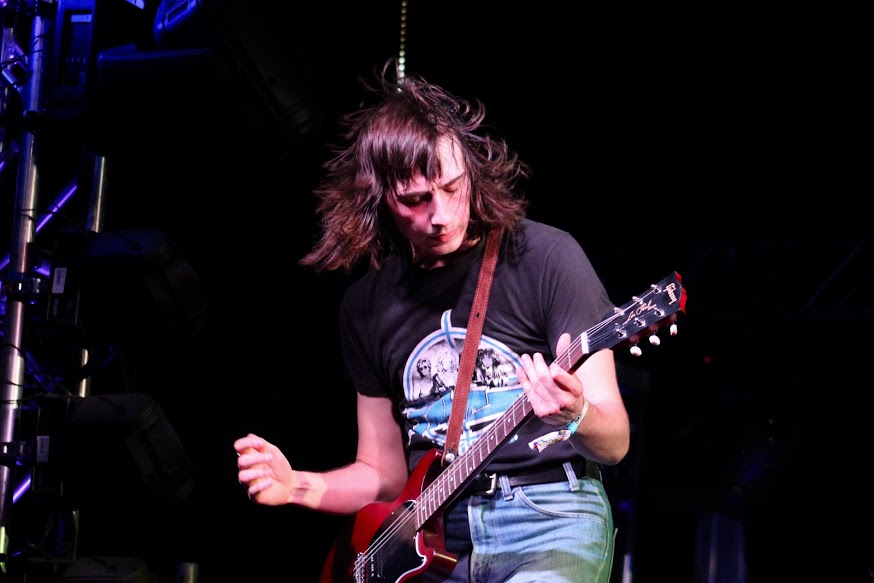 While chomping on some late-night $8 french fries, I stumbled upon a band at Bonnaroo’s smallest stage. Los Angeles youngsters Liily blend rock, punk and hardcore. The presence these boys brought to the stage was mesmerizing and full of jumping, screaming, dancing and prolonged eye contact with the audience. The style of the band was very unique, with one wearing bell bottoms with an unmistakably ’60s haircut, and another with spiked hair matched with a pink blouse. 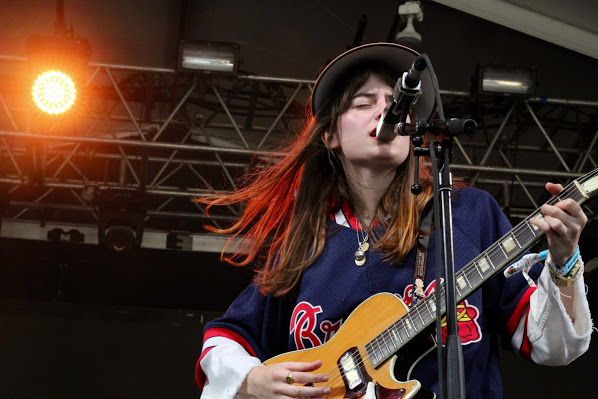 My last day at Bonnaroo began with me interviewing one of my favorite artists, Hobo Johnson, and later enjoying an incredible, folky, rocky, poetry-like set from him (read about that soon). After that, I saw Atlanta’s own Faye Webster, a rising neo/alternative-folk artist. Sporting her signature Atlanta Braves jersey and visor, the 21-year-old made the audience swoon with her honest lyricism and unique sound. She played some older tunes and many from her new album, Atlanta Millionaires Club. Bonnaroo was Webster’s first stop on her debut headlining tour.

I learned a lot about festival-ing at Bonnaroo 2019: Never be afraid to email a publicist; see all the music you possibly can; keep going, even if you’re tired; go solo if you want to see something your friends don’t; do not stick to a strict schedule and miss things you didn’t know existed; and, most importantly, bring toilet paper.