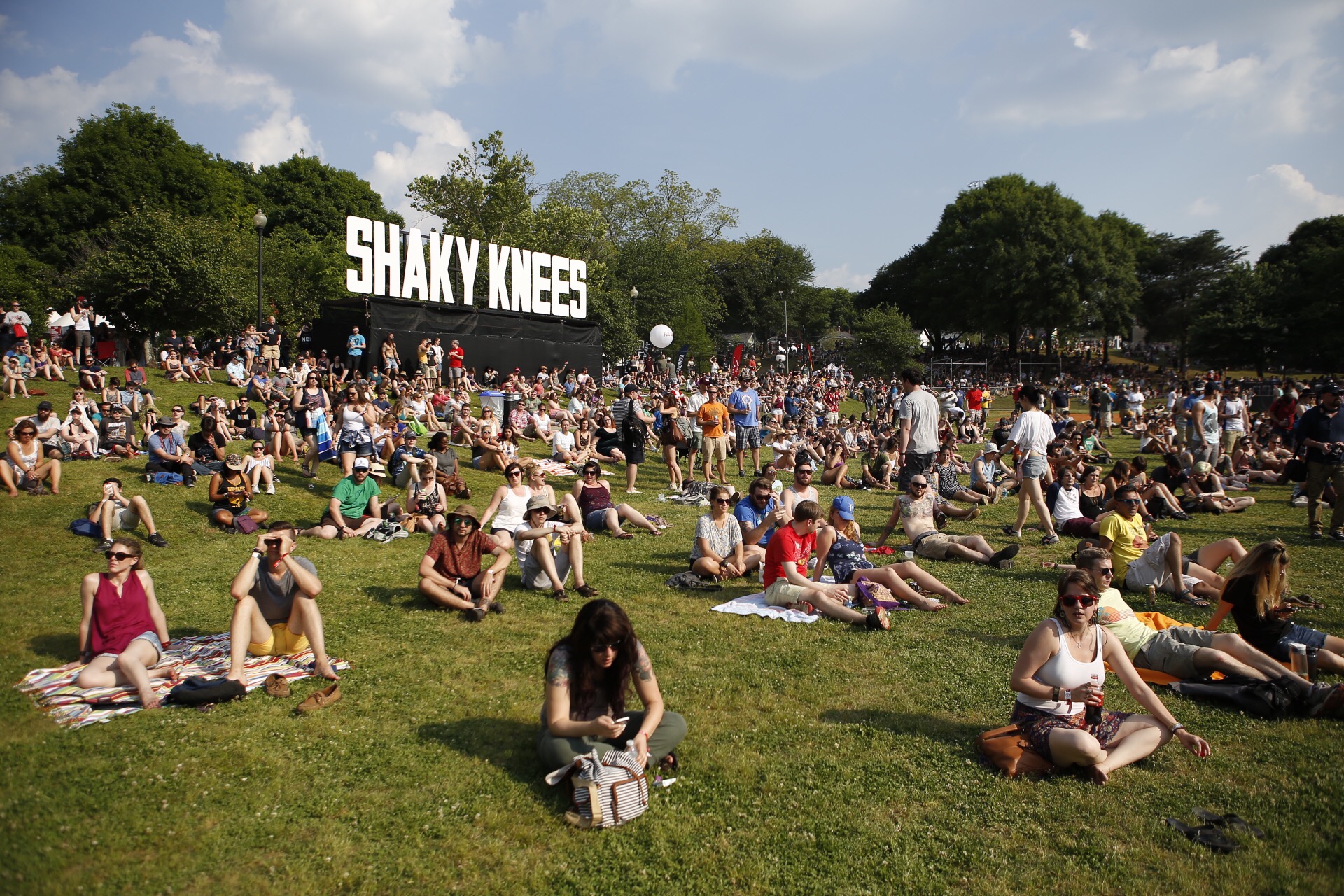 It didn’t take long to get my bearings at Atlanta’s Central Park, the location of this year’s installment of the Shaky Knees Festival. That was a huge bonus, though there were choices to be made, as acts performed simultaneously on multiple stages throughout the weekend.

Knowing that it was early and any option seemed suitable, I caught Surfer Blood playing to a decent-sized crowd early in the day. Surfer Blood offers digestible pop, despite their grotesque name, and I expect them to remain a force on the festival circuit into the future; calculated noise kept the crowd attentive throughout their set.

There was a nice amount of breadth in this year’s lineup, which included a surprising number of heavy bands well known on the club circuit. Clutch was one of several on this list. Late in their set, the band dove into “Electric Worry,” arguably their most widely known song, and many fans hundreds of feet back yowled in approval. Mastodon seemed thoroughly pleased to be representing Atlanta, making every effort to thank the crowd for coming out and pointing in the direction of where they lived in relation to the stage.

Scheduling quandary No. 1: Death from Above 1979’s anticipated set was slotted at the same time as the Mountain Goats. I opted to catch a little of both. Although it was a treat to catch DFA 1979 run through a few songs from their cult classic, You’re a Woman, I’m a Machine, the not-as-good songs from their reunion record, The Physical World, brought the mood down a bit. While the Canadian duo has plenty to offer in the way of danceable chaos, an early timeslot seemed to take the wind out of them. I made my way to catch the Mountain Goats inspiring their dedicated followers to bounce up and down to singalongs like “This Year,” from The Sunset Tree, and “Amy AKA Spent Gladiator 1” from Transcendental Youth.

The Strokes exceeded every expectation. Full of attitude, the band made statement after statement with their set. Beginning the evening with “Reptilia,” from Room on Fire, the group never let up from there. As far as the sound goes, whomever was at the helm of the soundboard should be compensated exceptionally well. In all my festival experience, I can hardly think of a band that sounded as good as the Strokes did at Shaky Knees. 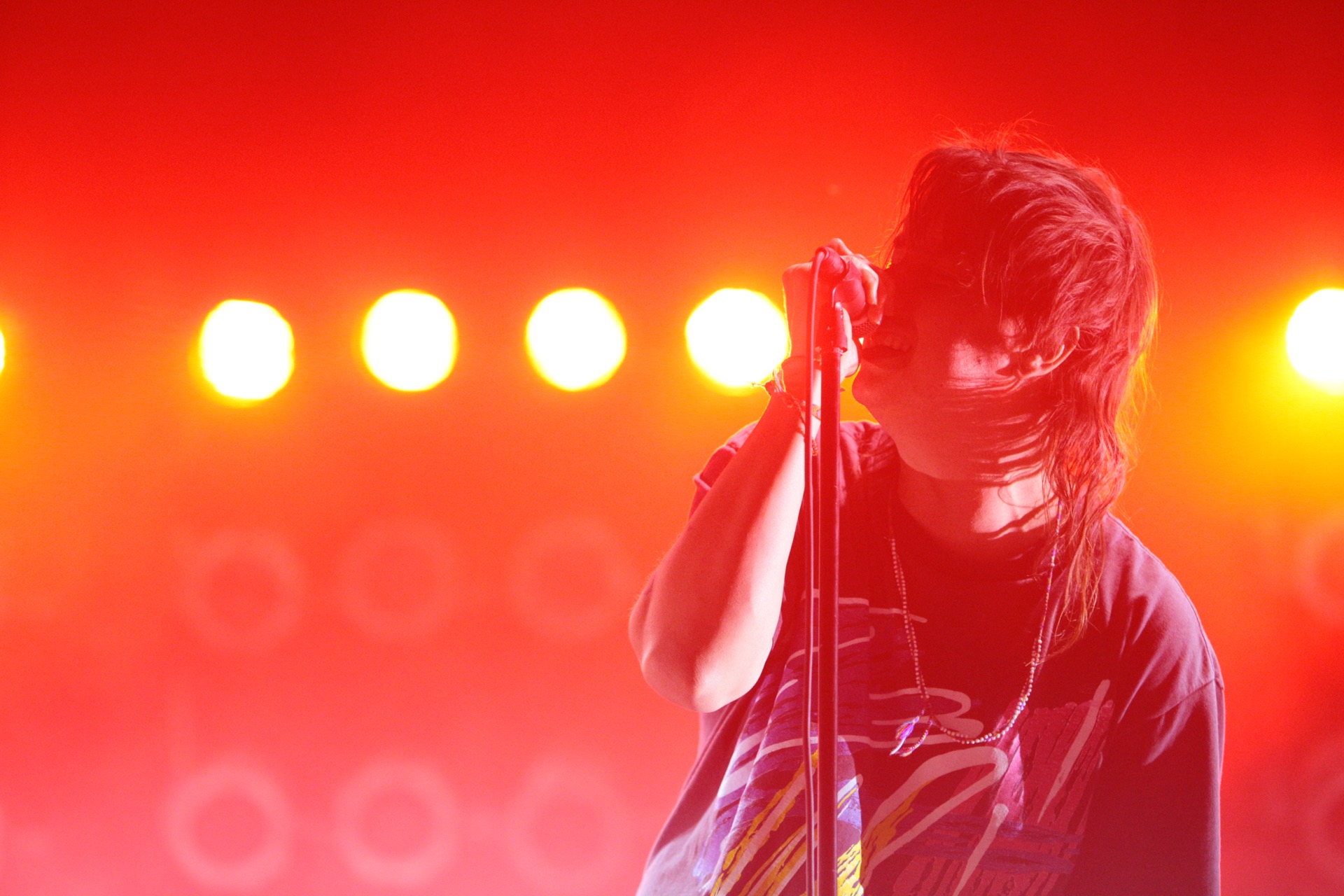 The south end of the festival grounds hosted a lot of noise and raucous punk on early Saturday afternoon. Following the powerhouse that was Metz, Fidlar took the the smallest stage of the festival by storm. Within minutes, fans were crowd surfing and chanting along to songs about getting drunk and high.

It was nice to see Neutral Milk Hotel represent Athens in such a huge way, and it was an obvious choice for them to draw heavily from their legendary LP, In the Aeroplane Over the Sea. Given the cacophony of so much instrumentation at once, the massive outdoor stage may not have been the ideal venue for the band, but even those hundreds of feet away from the stage were moved to sing along with Jeff Mangum through almost every number.

Built to Spill  has always projected quite a bit of humility, and Doug Martsch’s onstage demeanor reflected that well. Keeping interaction with the crowd to a minimum, the band culled from their recent LP, Untethered Moon, in addition to mainstays from 1999’s Keep It Like A Secret. Although songs like “The Plan” garnered the crowd’s approval, their cover of Blue Oyster Cult’s “Don’t Fear the Reaper” sent everyone within earshot into a frenzy.

At this point in their career, Wilco is a safe bet for a large festival like Shaky Knees. Jeff Tweedy and company were at their best when they offered up “Art of Almost,” a sonically complex number from the under-appreciated The Whole Love. Nels Cline proved yet again that he’s a wizard on six or 12 strings, by playing at breackneck speeds throughout the set, and especially during deep cuts like “Box Full of Letters,” from A.M. As the band faded out of their closer, “A Shot in the Arm,” the sun set on Shaky Knees. 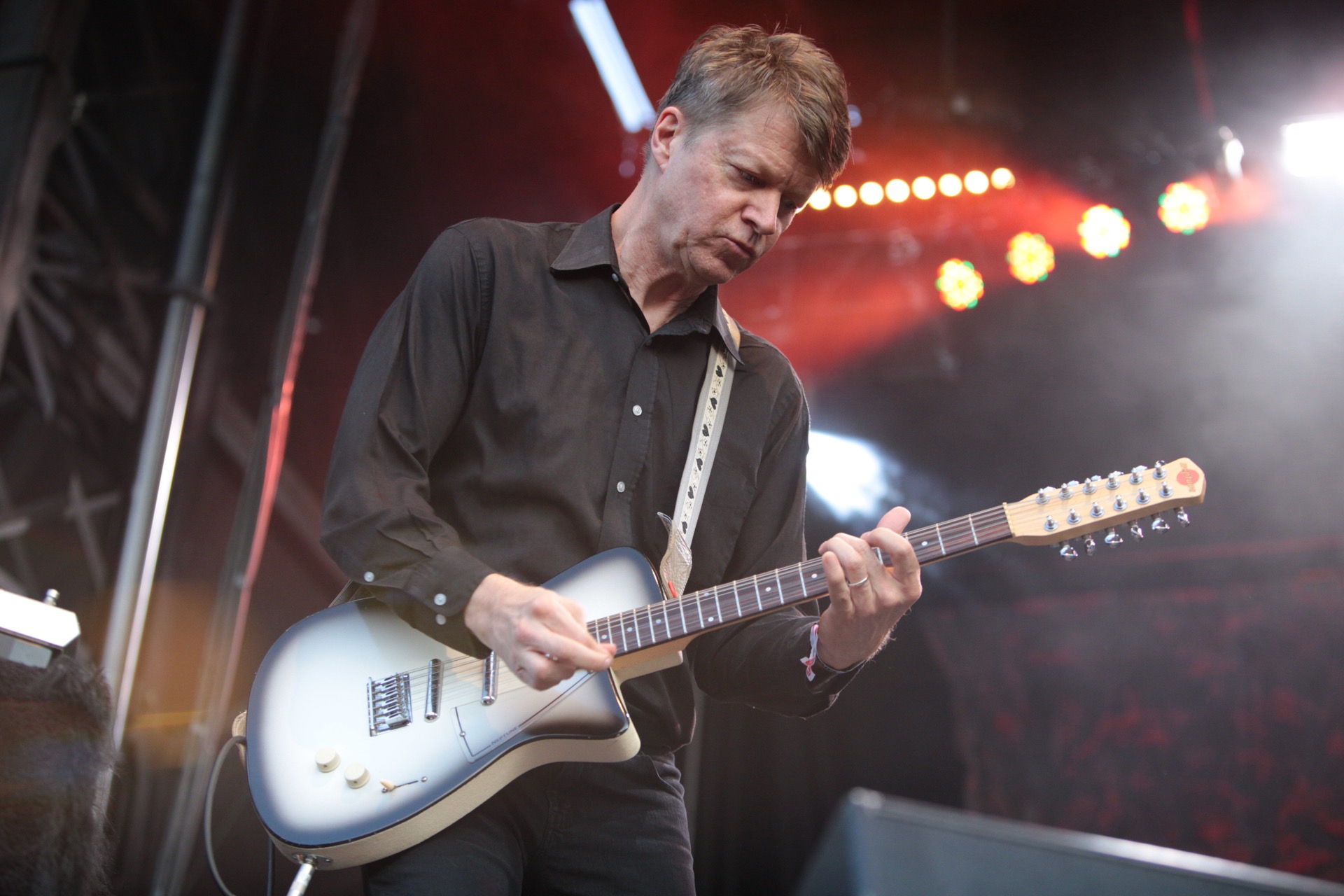 There were noticeably fewer people on Sunday, which made sense for two reasons: It was Mother’s Day, and I assume everyone was nursing their compound hangovers from the previous two days.

Making it early enough to catch Nikki Lane might not have been easy, but it was worth it to catch her charm the small but devoted crowd before giving way to Steve Gunn on the adjacent stage. The sleeper of Shaky Knees’ lineup, Gunn fused desert sonics with well-crafted melodic guitar. At times sparse and contemplative, Gunn has a unique ability to exercise prudence with both his guitar and his voice. Gunn, who will be seizing a fantastic career opportunity by going on tour with Wilco later this summer, is worth taking the time to discover.

Alt-country stalwarts Old 97’s are no strangers to the festival scene. In addition to a well-timed Mother’s Day cover of Merle Haggard’s “Mama Tried” led by bassist Murry Hammond (which the 97’s included on their 1994 album, Hitchhike to Rome) new tunes like “Let’s Get Drunk and Get It On” from Most Messed Up had the crowd moving and shaking right along. Miller brought out Nikki Lane to sing “Four Leaf Clover” with added gusto from drummer Philip Peeples. Finishing with their perennial closer, “Timebomb,” featuring Ken Bethea’s blazing guitar work, the 97’s exited the stage with huge grins on their faces.

Diamond Rugs ended a nearly monthlong tour with Athens’ own New Madrid during Shaky Knees, and the indie-rock supergroup, which features current and former members of Deer Tick, Dead Confederate, Los Lobos and Black Lips, did not disappoint. At one point during “Call Girl Blues,” from DR’s self-titled LP, T. Hardy Morris climbed John McCauley’s shoulders for some guitar shenanigans. The band also invited their wives and children onstage for an endearing Mother’s Day dedication. Songs from the band’s very recent LP, Cosmetics, showcased Steve Berlin’s adept sax and keys playing as well as several appearances from the record’s producer, Justin Collins, on vocals. After tossing beers into the rabid crowd, Ian Saint Pe offered a bit of wisdom over the PA: “Rock and roll isn’t supposed to be perfect. It’s supposed to be about having fun.”

Ryan Adams ought to be given some sort of award for his Shaky Knees setlist construction. Culling from both his solo work and his catalog with The Cardinals, Adams ripped through hit after hit with his new band, The Shining—along with arcade games and a Dr. Pepper soda machine—in tow. Opening with “Gimme Something Good” from his recent self-titled release, Adams made the case that he can deliver up-the-gut pop as well as the occasional stretched-out jam, as found on “Magnolia Mountain” and “Let it Ride.” He also dipped into his celebrated Heartbreaker and Gold records, inspiring the crowd to sing along with “Oh My Sweet Carolina” and “New York, New York.” Adams also tossed in his own twisted Mother’s Day tribute, with a slightly twanged-out cover of Danzig’s “Mother.” For those not sticking around to catch Tame Impala close out the festival, Adams was a perfect cap to an excellent weekend.