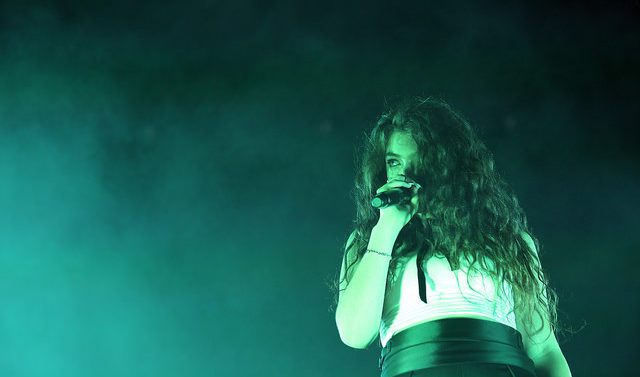 Music Midtown has again come and gone, and while sitting in the grass enjoying the breeze, watching roadies ready the stage for Fitz and The Tantrums’ set, I reflected that late September in Atlanta is the perfect place and season for a music festival. Over the course of the weekend, close to 100,000 people flocked to the heart of the city to see a wide variety of acts in beautiful Piedmont Park. It was the fourth installment of Music Midtown since its return, after the festival took a hiatus from 2005–2010.

This year’s lineup boasted a diverse mixture of genres, ranging from popular modern performers like Jack White, John Mayer and Bastille to old-school legends like Gregg Allman and Run-DMC (who, while much older and missing Jam Master Jay, apparently sound exactly like they did in 1989, according to a middle-aged couple standing next to me). Run-DMC played fan favorites like “It’s Tricky,” “Mary Mary” and their version of Aerosmith’s “Walk This Way.”

The beautiful and unenergetic Lana Del Rey may have put on the strangest performance of the whole weekend. Finally appearing after what seemed like an exaggerated pause for effect, she dreamily paced the stage in front of her band, singing effortlessly, a mysterious smile on her face, pausing several times in between songs to smoke cigarettes and sign autographs.

If that wasn’t bizarre enough, the visuals behind her certainly were, including shots of bikers in the desert playing with fire and an antique-looking film strangely reminiscent of the JFK assassination footage and starring Lana herself as Jackie O. To a curious non-fan observer, the whole effect was a little muddled and confusing, but enjoyable all the same.

Eminem lived up to his legend, playing through most of his hits in his iconic rapid-fire style with a full band. He unloaded a vast variety from his large repertoire, pulling out all the stops with crowd pleasers like “White America,” “My Name Is” and “The Real Slim Shady,” and even covering B.o.B’s “Airplanes, Part 2” with a cameo by the East Atlanta rapper himself.

But even Slim Shady was outshone by 17-year-old singing prodigy Lorde. The Auckland, New Zealand native faced no overlaps in scheduling, so it felt like the entire mass of festival-goers were singing along. Lorde started out her set under a single spotlight beam, playing the moody and infectiously catchy “Tennis Court,” later donning a majestic flowing red robe and crown for her biggest hit, “Royals.” Her unbridled energy and talent shone through. She made a fan out of me, and I assume many others, Friday night.

See a photo gallery of Friday’s action here, and another of Saturday here.

Athens Power Rankings for the Week of Sept. 22