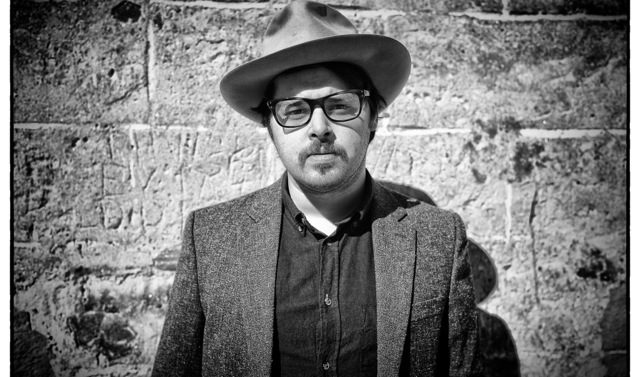 North Carolina native Caleb Caudle is no stranger to Athens, having made several stops in town during long tours across the country. This time around, he plays the Georgia Theatre rooftop’s Americana Monday series in support of his new record, Paint Another Layer On My Heart, which includes contributions from Americana sweetheart Lydia Loveless and members of American Aquarium.

Flagpole caught up with Caudle in advance of tonight’s show.

Flagpole: You seem to make trips to Athens quite a bit. What are your connections to town?

Caleb Caudle: Well, my first cousin is Greg Collins [formerly of Disband and Part Bear]. I started coming down and I played with him some. We played with The Corduroy Road a lot. We became good friends with the Efren boys. I became friends with Scott Low, Betsy Franck, Josh Perkins. I have quite a few people that I’ve played with over the years, and I’ve always loved Athens, so it’s nice to go back.

Your new record includes quite a few heavy-hitters in the Americana scene. How did Lydia Loveless wind up in those sessions?

That came about pretty organically. I’ve been friends with Lydia for a long time. The first time I ever played a show with her was in Cincinnati, and she opened the show. We just kept in touch over the years, and when it came time to do these songs, I thought her voice would really add something to them. I sent them over to her and she flew down to North Carolina from Columbus. We spent a couple of days at Echo Mountain in Asheville recording the vocals. It came together nicely.

Was this the first time you’ve made it to a studio of that caliber?

That was actually the third time I’ve worked at Echo, but this was the first time things fell together really nicely. I had a great band out of Greensboro called Roseland. We had been on tour the previous fall. So, I had all of those guys. They knew all of my old songs from backing me up. I had those guys and Whit Wright from American Aquarium because we’ve been friends forever—they’re from Raleigh, and I’m from Winston. We grew up playing together. Whit played pedal steel and did a great job and then Lydia came down and rounded it out.

What inspired this collection of songs?

Last year I did about 230 shows, and I was on the road supporting a record called Tobacco Town… I wrote most of the songs while I was on tour, so most of the songs are about that kind of lifestyle—touring and trying to figure out what makes you happy and what bums you out. I was trying to see through all of it. A lot of it was about distance. A lot of it is about love. I feel like those concepts run pretty deep within most people.

You recently moved back to Winston-Salem from New Orleans. Being an Americana artist, is New Orleans a tough town to live in since it’s so saturated with jazz?

You’re absolutely right. It’s a brass band town down there. I never felt like I put a really big dent in New Orleans. I do a lot better in a lot of other places, which was something of an incentive to move back to North Carolina. I definitely do better in Georgia than I do in New Orleans. Or Alabama, or Texas, or anywhere else. It’s just such a brass-band party town, and I don’t play that kind of music. That music is fine, but I don’t do that.

Was it intimidating to be in New Orleans given the context?

I don’t know if “intimidating” is the word. “Uncomfortable,” maybe? I never felt intimidated, because that’s what that town is, and that’s what it will always be. And I knew that going in. I didn’t move there for music. I moved there because I was dating someone, so it was just a hub. I toured out of New Orleans often, but I rarely played there. I played there maybe four or five times in a year.