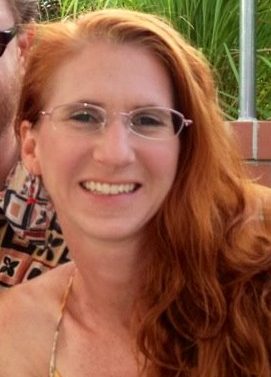 For the second year in a row, the Breakfast of Champions day party, hosted by New West and Normaltown Records, was a real hit. Word must’ve gotten around that free tacos and beer were being slung, because there was a sizeable crowd in attendance as long as I was present.

After accompanying the always endearing Ruby Kendrick for a few songs, Christian Lee Hutson brought what he called his “parade of bummer hits” about growing up, getting sober, and things going terribly wrong. Something of an amalgam between Mark Oliver Everett of Eels and Hank Williams, Hutson’s croon was especially exceptionally palpable on his heartbreaker tune “No Apologies Please.”

Semicircle, one of Reptar’s many side projects, followed Hutson, so I decided to stick around. The band’s pingy tones are a far cry from the bouncy dance tunes that Reptar is known for, but the jazzed out indie rock is as surprisingly accessible. Songs are stretched out a great deal, but when bassist Ryan Engelberger took the mic, lyrical content turned familiar and sentimental, grounding some of the jamminess and rooting things more in pop undertones.

Walker Howle of Dead Confederate was playing double duty this weekend, playing with DC and his Tia Madre project. The latter’s set at the 40 Watt on Saturday was the best I’d seen. With the band, Howle brings several factions of Athens music together to produce dark, atmospheric music made by largely acoustic instrumentation. It’s obvious that the unit he put together for AthFest— Elijah Nee Smith on bass, Carter King from Futurebirds on guitar and Jacob Morris on cello—was the tightest ensemble of the band yet; while Howle has the tendency to get far-out with feedback, last night’s set was reeled in and focused.

Seeing David Dondero is always an anxiety-inducing experience for me—I never know if the crowd will let him down. So I headed to Globe for the Ghostmeat Records showcase with some trepidation. Early in the set, we were treated to something of a Sunbrain (Dondero’s old punk band, formed in Clemson with current Athenian Russ Hallauer) reunion before a flattered Dondero called it off. Even with the PA volume turned far too low, it was impossible not to be moved by “When the Heart Breaks Deep,” one of Dondero’s finest tunes from the album Simple Love. Although the set was short, it was proof that Dondero is one of the best extant American songwriters wandering the country.

AthFest in Review: IATWTC, The Powder Room, Cinemechanica and More