Behind the Scene: Troy Aubrey 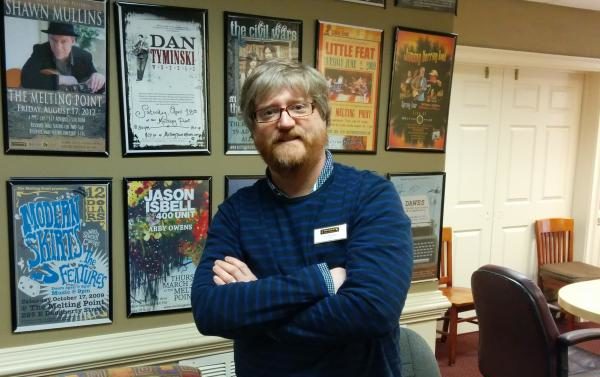 WHO HE IS: Troy Aubrey

WHAT HE DOES: President of Foundry Entertainment, talent buyer at the Melting Point

Flagpole: How did you wind up in your position at Foundry Entertainment?

Troy Aubrey: Between 2006 and 2007, I was running Nomad Artists, which was my company I had been running since the ’90s. Back [then], it was mostly band management, and then I started doing some promoting at the end of the ’90s into the 2000s. Around 2006, [Melting Point talent buyer] Kyle Pilgrim, who used to be one of the co-owners of the Georgia Theatre, left and they needed to find a booking guy… I basically did the booking from 2006-2007 to about 2009. Then, Kyle came back and did booking for a year and left again. I really enjoyed talent buying, so I interviewed again, and this time, I was willing to close [Nomad] and work full-time.

Do you find time to enjoy shows even though your job is focused on booking?

Yeah. I still go see bands we’d never get here at the 40 Watt or Georgia Theatre, or [to] Atlanta to see shows. I do put some of my personal taste into what I do here. But what I’ve found out is that you can’t really be buying for yourself. What I’ve tried to do here is figure out who our crowd is here and develop it.

What advice would you give to young bands wanting to get started?

That could take a year! I think, in this town, if you want to be a live band, get out there and play as much as you can. When you’re coming right out of the box, you can’t be too picky, unless you’ve been in other bands and have developed a reputation. Play around. Hone your live act. By playing around, you will gradually find out who your crowd is. Get out there any play and get better in a live setting. If you’re an original band, write as many songs as you can, record and get the music out there.

What makes a show a success?

I do put some of my personal taste into what I do here. But what I’ve found out is that you can’t really be buying for yourself. What I’ve tried to do here is figure out who our crowd is here and develop it.

On an esoteric level, if you have a band that is really connecting with the audience, that’s success. I love going to shows where, even if there are maybe 10 or 15 people there, they’re zoned in and captivated by the band. But there are different levels of success—it’s hard to define it.

Do things ever go wrong? And, if so, what do you learn from the mistakes you make?

I can’t really think of anything. I have received emails after the fact, I guess. A local band played, and I hadn’t seen them live, but I heard good things and they fit. I wasn’t at the show. That night, I got an email: “I am a regular at Terrapin Tuesday and usually you have quality acts, but this band that performed tonight was horrendous.” It went on and on. But, this guy was probably a purist. And it really hit home that you can’t please everyone. We try new things. Sometimes we get it right. Sometimes we get it wrong. But, because they had a terrible time, we gave them a couple of tickets to see something else.

What do you think is the most thankless job in the music business?

Maybe managers. A lot of times what you are doing is behind the scenes. You’re working in an office or on the road. When you’re in a band, you’re always together—writing, rehearsing, practicing, talking. You’re not always with your manager. A lot of times, if you’ve got a good manager, you trust that they’re getting work done in your absence. There are a lot of really good managers that are working hard that maybe bands [don’t] realize all of the work and effort that is going into what they are doing for a band.

I felt that probably about every band that I [managed]: “If they only knew how much time and effort and sweat is going into this.” It’s not like you’re clocking hours and getting a paycheck. Most managers work on commission. You could work for weeks and not get a check. Bands may not be on tour or working, but you are… I’m out of the management business now, so I can speak to it.

Do you think the average concertgoer is aware of your position?

No, definitely not. The average folks may know that there is a guy that brings the bands, but they may not know the whole process. It’s not just scheduling 25 acts a month, on average. Being a talent buyer is a difficult thing to do and do it well. Because you have to think about everything. It goes on and on. This job is very detail-oriented.

Check back in two weeks for another edition of Behind the Scene.