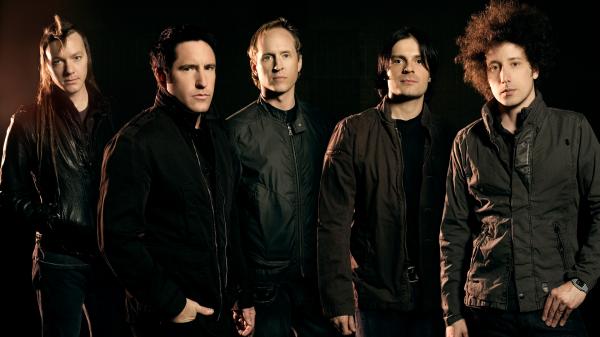 The inaugural Mountain Oasis Electronic Music Summit happens this weekend (Oct. 25–27) in Asheville, NC. Like Moogfest, the organizers’ former event (which is continuing separately), Mountain Oasis will cull together some of the most interesting minds in electronic music today. (See photos from last year’s Moogfest here.)

There’s a little bit here for everyone—from electro-bros who crave the drop (Bassnectar and Panty Raid) to indie rockers (Cut Copy and Animal Collective) to elitist bass heads (Actress and Raime). The programmers at Mountain Oasis are so demanding that pretty much everything is worth seeing, but here’s who we’ll be sure to catch, schedule conflicts be damned. And of course, Flagpole will be in the trenches bringing you all the dirty throughout the weekend.

Old, surly Trent Reznor has been busy retiring, putting out re-releases, composing film scores and making albums with his wife as How to Destroy Angels. That’s then, this is now: Nine Inch Nails is back with an album proper and its latest, Hesitation Marks, might just be Reznor’s best in a decade. Rave reviews of the current tour set-up make this show an easy recommendation.

Actress has been making cerebral, avant-garde house music for the truly enlightened for a minute now, racking up countless end-of-year accolades and rapturous reviews from egghead music writers in the process. Check it out if you dare.

Rustie might be the only man in electronic music who is able to please both the popular domain and critics in one fell swoop. That’s because his future-leaning bass music is as euphoric as it is brainy. He’ll probably be playing his new stuff, too, which is prepped for release in January 2014.

Did you catch them this week at the 40 Watt? Oh, you didn’t? Here’s your chance. Don’t miss out. ‘Nuff said.

Mount Kimbie has been pushing the envelope on bass music and dubstep for a while now. And sure, James Blake used to be in this band, but the bigger story about the London duo is that it probably put out the best album that Warp released this year.

Silver Apples are true OGs in the game. Revisionist historians sometimes call them “proto-punk” (their first album came out in 1967), but they were certainly one the first bands to play electronic music in the rock idiom. What does that mean? One word: “Lovefingers.”

There’s quite a few very respectable electro-soul singers at Mountain Oasis (How to Dress Well, Autre Neu Veut), but if you had to see just one, check out Baths. His latest, Obsidian, is one of the best releases this year, a triumph of straightforward glitch-pop ballads of a quality that hasn’t been seen since The Notwists’s Neon Golden.

The heaviest show I’ve ever seen was SunnO))), but I’m excited that GY!BE is back from hiding and open to taking up that mantle. And as much as I loved A Silver Mt. Zion, Godspeed are gods among a bunch of wussy lily boys who like to play around with guitars.

Pay respect where respect’s due. New wave/synth-pop pioneer Gary Numan is a legend, and you’d be a fool to miss his storied live performance at the awkwardly named Exploreasheville.com Arena.

I don’t know what kind of music Raime makes or how the London duo makes it but I really want to see how these doom sounds are created. Apocalyptic house? Scorched earth minimal? I don’t know what to call it, but allegedly, most of it is done with live instrumentation, which completely blows my mind. A favorite of the bass cognoscenti, this is for experienced listeners only.