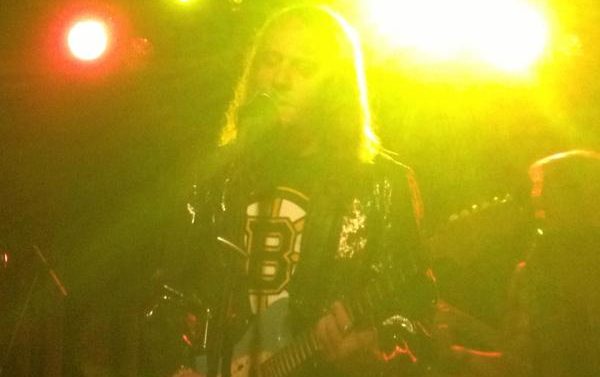 All anyone seems to remember about Deer Tick’s performance at Georgia Theatre last year is that they were fed free BBQ and chocolate chip cookies. People still dreamily reminisce about women clad in silver mini-dresses handing them free Coors Light. Needless to say, the bar was set high for the band’s return to Athens during last weekend’s Twilight Americana Music Festival.

Maybe that’s why the band began its set so hastily. The members of Deer Tick assumed their positions onstage and began playing so quickly that it was hard to process their presence, let alone react to their music. Frontman John McCauley shimmered in his silver jacket and in the sweat that matted his blonde hair from the moment he walked out. He soon led the crowd in singalong songs from the band’s past four albums, his eyes crossed, staring at the mic.

The beauty of Americana music was clear in the drunk and frenzied fans shouting the lyrics to “Ashamed” while pointing emphatically at the band and holding one another around the shoulders. Deer Tick’s lyrics are as easy to relate to as they are to sing. A small mosh pit erupted with “Spend the Night,” as people thrashed and shot their beers into the air.

The set ended with an extended jam session and a lot of alcohol on the floor—a perfect way to begin a notoriously wild weekend in Athens.