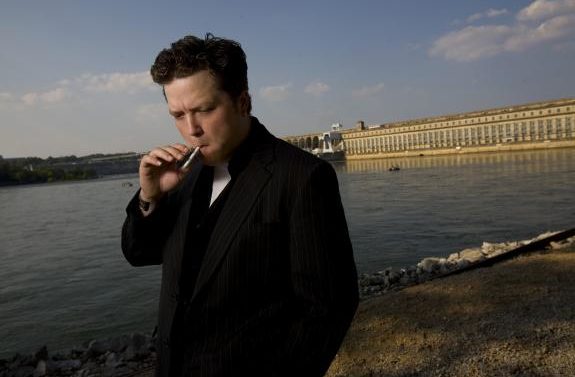 Although he might be cursed with being “that guy who used to be in Drive-By Truckers,” Jason Isbell’s solo output has been deserving of praise for quite some time. At his first of a few shows at SXSW this year, Isbell made good use of his time by playing a handful of songs acoustically and without any pretense. Amanda Shires, Isbell’s fiddle-slaying new wife, helped to turn rock-centric songs into intimate sing-alongs that made the large crowd feel rather small.

Isbell tore through his 40-minute set at Blackheart with about half of his set being from his as-yet-untitled forthcoming album. Early in the set, Isbell drew from his work in the Trucker’s catalog, pleasing fans with a heartbreaking rendition of “Goddamn Lonely Love.” At one point, Isbell joked that the new songs would be on the album regardless of whether or not listeners liked them because they “didn’t have enough money to make another record.” Isbell told the crowd that while there wasn’t a release date set for the new album, fans could expect that it would be available in the next few months.