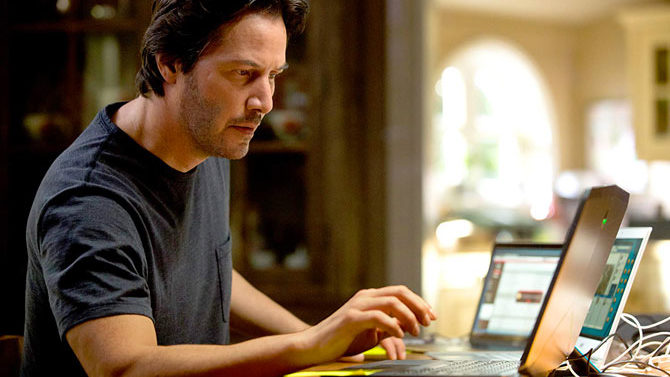 The suspension of disbelief required to buy into Replicas, a cloning, er, thriller (?), starts at the top. Audiences may buy star Keanu Reeves as an unstoppable assassin in the career-reviving John Wick franchise, but who actually believes he might be a scientist? But here comes Replicas, selling Reeves as an expert in robotics, the brain or both (or neither?).

After a tragic accident robs Reeves’ Will Foster of his wife, Mona (Alice Eve), and three children, Will and a cloning expert known as Ed (Thomas Middleditch), bring them back to life. Well, almost all of them; Will is forced to make his own Sophie’s Choice, because cloning pods are not typically made for reviving families of four or more. Will’s experiment is a success, but it runs afoul of the bad dudes that run his lab.

Replicas’ issues run deep. The CGI would have been shoddy in the 1990s, and Chad St. John’s script is a step down from his maligned prior works, Peppermint and London Has Fallen. Besides Reeves as a scientist, we are supposed to trust that all of this complex science, which did not work in the multimillion-dollar laboratory, would go perfectly in Will’s basement.