Downers for the Kiddies 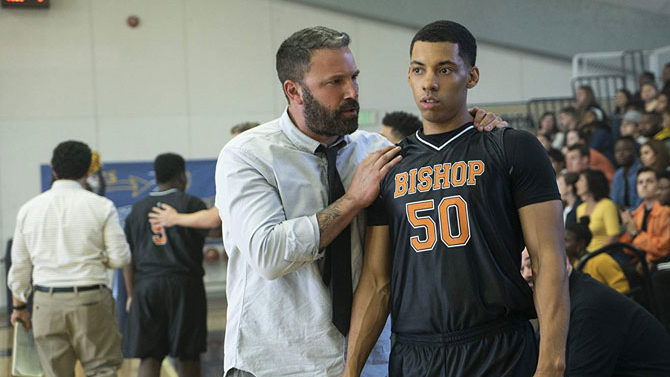 With the UGA and Clarke County School District spring breaks winding down, the box office should be warming up like the weather. The chances of this week’s quartet igniting the box office is low, but you never can tell. First, Vin Diesel stars as a former Marine brought back to life with superpowers fueled by nanotech in Bloodshot, a movie meant to jumpstart the Valiant Cinematic Universe. For those who do not know, former Marvel editor-in-chief Jim Shooter helped found Valiant Comics in 1989. The Hunt stirred controversy last year when Donald Trump negatively tweeted about the satirical adaptation of The Most Dangerous Game; the newest trailers look promising. I Still Believe is the second Christian music biopic from the Erwin brothers who made I Can Only Imagine. Finally, My Spy looks way funnier than its concept, thanks to the charming Dave Bautista. At Ciné, Emma and Portrait of a Lady on Fire continue through Thursday. Flicker celebrates the 30th anniversary of the Coens’ gangster flick, Miller’s Crossing, in a “Movies You Probably Should’ve Seen By Now” presentation on Mar. 11; on Mar. 16, enjoy I’m Dangerous Tonight, from the inconsistently great Tobe Hooper. Ida B. Wells: A Passion for Justice screens at the Richard B. Russell Building Special Collections Libraries on Mar. 15. Ten to 19-year-olds are invited to the Lavonia-Carnegie Library for the Young Adult Movie Book Club’s March selection, Matilda, on Mar. 16. Beechwood’s Flashback Cinema offers one more chance to see Goodfellas on Mar. 11, before Harry Potter and the Goblet of Fire. St. Patrick’s Day, Mar. 17, brings to the AMC Dine-In Athens 12 I Am Patrick, about—you guessed it—St. Patrick. John Rhys-Davies appears as Old Patrick.

Onward (PG) Onward disenchants a bit based on the high expectations that come from its being an animated feature released under the Disney-Pixar banner, though the March release probably should have tempered expectations. Honestly, Onward feels more like a Blue Sky or DreamWorks release meant to compete with Pixar, not join its storied stable. When judged merely on its merits, not its pedigree, Onward is a sometimes cute, often predictable, enjoyably creative twist on fantasy tropes. In a world that has moved on from magic, two elf brothers, Ian (v. Tom Holland) and Barley (v. Chris Pratt), go on a magical quest to spend one more day with their deceased dad. The meshing of suburbia and faded fantasy (those feral unicorns are a nice touch) drives Onward through the foreseeable obstacles placed in front of Ian and Barley like so many narrative speedbumps. Though steeped in Pixar’s penchant for tragedy, Onward never plays the heartstrings as masterfully as say Up, and its deceptively inspirational climax could be deemed unnecessarily cruel. I am more surprised the filmmakers could not find a place for Jack Black than I would be to learn they spent some time playing Double Fine’s Brutal Legend, whose Black-voiced protagonist dressed in metal fashion similar to Barley. The movie could use a jolt of Black’s funny, metal ‘tude. Instead, Onward merely alludes to it through Barley’s bepatched vest and air-brushed steed. Every time Barley pops a tape in and Ozzy does not roar forth, sweet, little Onward loses a bit more of its potential magic.

The Way Back (R) It may have seemed that the sun had set on Ben Affleck the movie star; even his meteoric rise as a filmmaker seemed to stall out, thanks to self-destructive, tabloid behavior. Yet here comes The Way Back, feeling like more of a comeback than the Oscar winner and former Batman probably needs. After a tragedy distances Affleck’s Jack Cunningham from his family and separates him from his wife, the former high school basketball star turned functioning alcoholic is given a fresh start by his alma mater as the coach of a basketball team that has not made the playoffs in over 20 years. The surprisingly R-rated film is that kind of Affleck movie from the get-go: a depressing charmer that keeps getting darker and turning victories into self-inflicted losses. The film is far from the inspiring sports drama one expects, despite the formulaic worst-to-first arc for its teenage protagonists. The traditional tale of a coaching savior gets slightly tweaked; one could rightly ask who saves whom. Affleck’s passionate yet understated performance is better than the one director Gavin O’Connor coaxed from him in The Accountant. It is probably the best Affleck has been since his acclaimed turn as George Reeves in Hollywoodland. Parents of young children, be warned: The Way Back is going to hit you right there in the super-sad sweet spot, which, unexpectedly, I cannot recommend more.