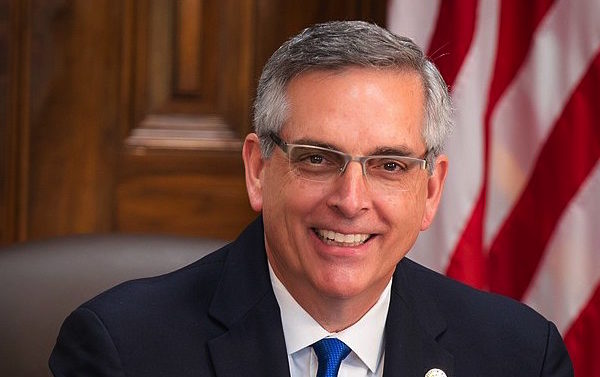 The State Elections Board voted today to sanction Athens-Clarke County for using paper ballots instead of the new voting machines the state recently sent Georgia counties.

After a hearing held at UGA that lasted nearly eight hours, the state board—chaired by Secretary of State Brad Raffensperger—voted to require the Athens-Clarke County Board of Elections to cover the $2,500 cost of the investigation into the decision. The state board will also fine the local board $5,000 for each day it continues to use paper ballots.

ACC could have faced a fine of over $5 million—$5,000 for each of the more than 1,000 paper ballots that had already been cast.

The ACC Board of Elections voted last week to use paper ballots instead of the new voting machines. With the new system, voters make their choices on a touchscreen, and a paper receipt is printed , then counted using an optical scanner. A majority of the board cited privacy concerns—some have suggested the large touchscreens make it easy for bystanders to see whom someone is voting for—although county officials had received no complaints.

Under Georgia law, all counties are required to use the same voting method unless that’s “impossible or impracticable.” The county attorney had raised doubts that ACC could meet that standard, and a judge in Sumter County recently ruled that elections officials there should shield screens from prying eyes rather than switch to paper ballots. The Georgia Secretary of State’s office also issued guidance to counties on how to arrange the machines to protect privacy.

ACC Mayor Kelly Girtz wrote to the Secretary of State’s office saying that he and county commissioners have been “glad to provide” resources to implement the new system, and he opposes the decision to use paper ballots, citing Attorney Judd Drake’s advice against the decision and the potential fine involved. Three members of the Board of Elections are appointed by the commission, and one each by the local Democratic and Republican parties, but the board acts independently.

The Son of a Freed Slave Built Watson Mill Bridge