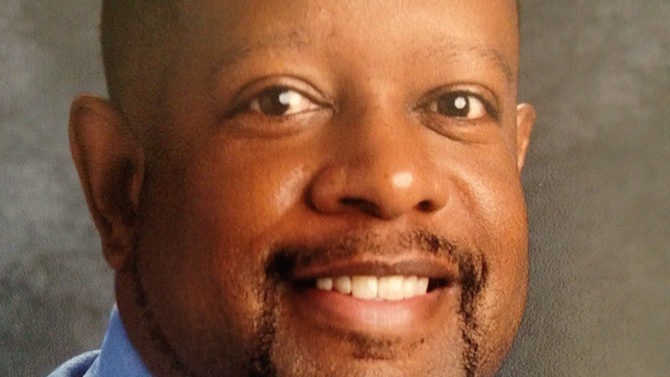 The Clarke County Board of Education unanimously approved the appointment of Antonio Derricotte as the new principal of Cedar Shoals High School last week. Derricotte has been serving as an interim co-principal at Cedar Shoals with Aaron Carter since Derrick Maxwell resigned last October.

Also at the Mar. 5 meeting, District 2 representative Antwon Stephens announced that he isn’t running for the seat in the upcoming election. He asked his supporters to stop harassing and battering student journalists at Cedar Shoals, who broke the story about his not having graduated from the high school as he originally implied. Stephens said he’s supporting Kirrena Gallagher, who is running for the District 2 slot. Mary Bagby is also running.

Before the board turned its attention to the agenda, members heard from several speakers. Former teacher and CCSD parent Marci White presented a petition with more than 770 signatures calling for a living wage of $15 an hour for all CCSD employees, including bus drivers, bus monitors, custodians and paraprofessionals. She said if the board is committed to working for equity, then it should address the persistent poverty problems plaguing Athens. Pre-k parapros, custodians, after-school caretakers and substitutes make about $10 an hour, she said.

White said she wants less money spent on curriculums, consultants and programs, and wants money directed to those who care for school children. A budget, she said, is about priorities.

Former EMT Sam Rafal reminded the board how long it took an ambulance to arrive at a school where a child was experiencing anaphylactic shock. He suggested that when school personnel dial 911, they ask to speak to the fire department, because firefighters are trained as EMTs and doing so saves time. The current system sends 911 calls for medical emergencies to an ambulance dispatcher in Oconee County—a system Rafal said he wants changed to prevent delays.

Former Auburn athlete Rachel Hopkins, a running coach and the marketing director for Athens Transit, encouraged the board to make the Clarke Central High School track eight lanes instead of six when it is replaced and to make other changes in its design. “Vote to make the most of it and give our students the facilities they deserve,” she told the board.

Many speakers insisted the board return Demond Means to his position as superintendent. Means has remained on administrative leave, collecting his salary, since a majority of the board voted to remove him on Dec. 9 and to replace him with interim superintendent Xernona Thomas. At a Nov. 21 meeting, Means told the board, “You don’t want me as superintendent, and we need to have a discussion about how I leave.”

Means’ supporters at the board meeting included people who live in Athens, such as Fred and Lee Smith, Alvin Sheats and Tommie Farmer, as well as Athens native and current Oconee County resident Diane Dunston. Barrow County resident Chalice Montgomery read a piece about the historical use of and harm caused by a racial epithet, presumably in response to board member Greg Davis reading a Langston Hughes poem that includes the epithet at a recent Black History Month event.

Davis brought up House Bill 829, under consideration in the Georgia legislature. The Georgia School Boards Association supports the measure. If passed, it could pave the way for a local referendum that would give homeowners 65 years old and older a tax break at the expense of public education. For CCSD, the estimated loss in revenue could be $2.5 million. The board voted unanimously for a resolution opposing the proposal.