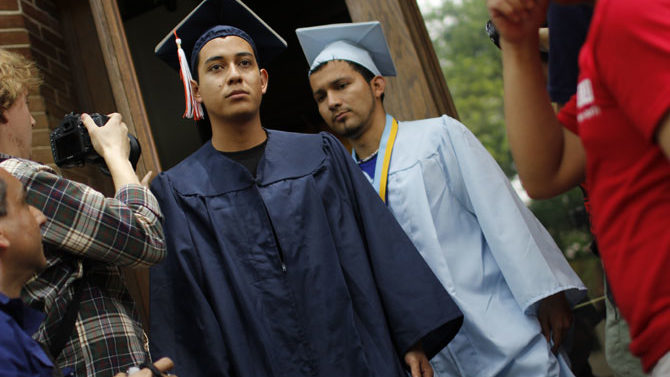 An immigrants’ rights activist who was denied entry to UGA based on his immigration status is in danger of being deported after spending nearly three weeks in solitary confinement at a South Georgia detention center.

Eduardo Samaniego, originally from Mexico, was the student body president at North Cobb High School and graduated with honors in 2013. UGA recruited him, but late in the process, he learned he couldn’t enroll because he didn’t have the documentation required by University System Board of Regents policy.

Instead, Samaniego studied at Freedom University, where professors teach classes to undocumented students who are barred from attending Georgia’s competitive public universities. He also worked to reverse the policy that kept him out of UGA.

Samaniego later attended Hampshire College in Massachusetts, where he served on the board of trustees and organized immigrants for the Pioneer Valley Workers Center.

His legal troubles started in October, when was being unable to pay a $28 cab fare he racked up because he got lost. Authorities found he’d overstayed his visa. He was denied bail on Dec. 27, then moved to the privately operated Irwin County Detention Center in Ocilla, where he’s been held in solitary confinement for the past 19 days.

On Thursday, he has a hearing where a judge will decide whether to grant him a second bail hearing or deport him.

The Athens Immigrants Rights Coalition is holding a rally at the Arch at 5:30 p.m. today in support of Samaniego. Rallies will also be held in Atlanta, Los Angeles, New York, Chicago, Boston and Hartford, Conn.