On the Basis of Sex Review 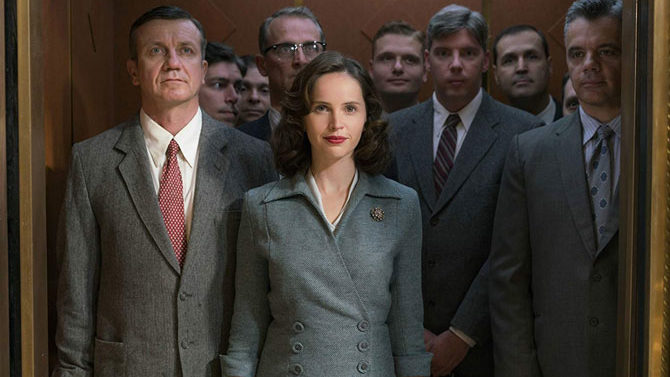 On the Basis of Sex already had an uphill battle ahead of it, debuting in the aftermath of a year-defining documentary that covers the same subject—Supreme Court Justice Ruth Bader Ginsburg—with more depth and deftness.

The dramatized version of Ginsburg’s life unfolds like the origin story of a superhero, which would be fine, were plans in place for an RBG franchise. Instead, On the Basis of Sex dramatically recounts a case not even mentioned in her Wikipedia bio. Felicity Jones’ big courtroom moment occurs not before the Supreme Court, but before the Denver Court of Appeals—not exactly the inspiring moment one expects from a hagiopic such as this.

Similarly aimed biopics are often more about award-winning performances than educating audiences on its chosen subject. Jones does nothing wrong, but leaves little lasting impression as she portrays Ginsburg through Harvard Law, husband Marty’s cancer and an early case in her years-long legal war against gender discrimination. Armie Hammer stands out more for his height than his charisma; he towers over his onscreen wife like Frankenstein—or a superhero, if you’re feeling more charitable. Simply skip this flick in favor of last summer’s hot doc.