Ben Is Back Review 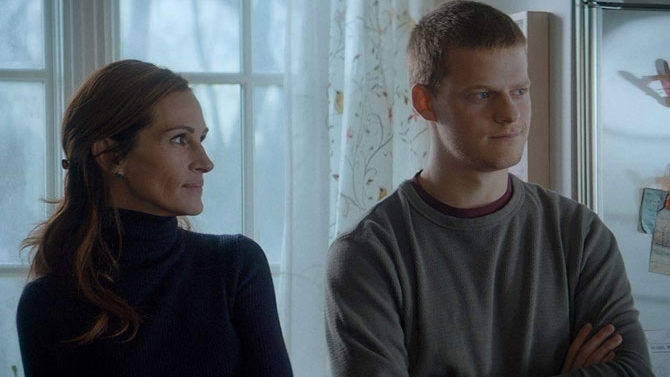 You probably have not heard much about Ben Is Back. Perhaps all you know is that it stars Julia Roberts. Well, be warned: Peter Hedges’ family drama is a more terrifying film about parenthood than A Quiet Place.

Roberts stars as Holly, a mother of four whose oldest son, Ben (Lucas Hedges, the director’s son), has left rehab early in order to be home for the holidays. Under the watchful eye of his mother, skeptical sister (Kathryn Newton) and reluctantly supportive stepfather (Courtney B. Vance), Ben attempts to stay clean for Christmas. Naturally, dramatic circumstances intervene to push the narrative forward, sending Ben and Holly on a Christmas Eve mission to find the beloved family dog after someone from Ben’s drug-influenced past takes him.

Ben Is Back suffers from poor plotting to stir up additional drama, but Roberts and Hedges are an above-average fake mother and son. If you want to risk having your heart broken in a little under two hours, the dramatic agony provided by this surprisingly suspenseful drama is worth the cost.