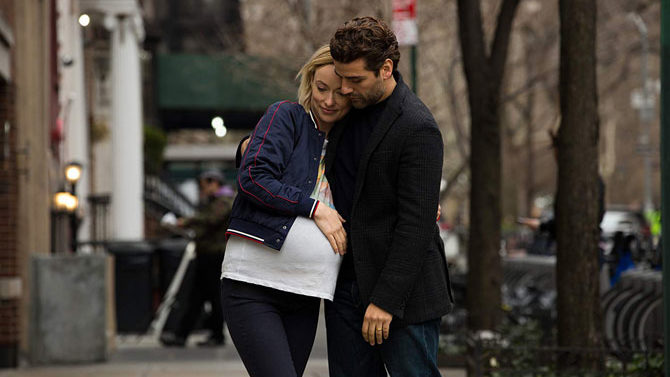 Mandy Patinkin. I am trying to come up with what could be considered good about Life Itself, the sadistic melodrama from Dan Fogelman, currently notable for creating the television sensation “This Is Us.” All I have so far is Patinkin, and unfortunately, he is not in the movie enough to improve it. I wish I could say Life Itself were bad enough to excuse ironic viewing as a sufficiently entertaining exercise in meta-cinema, but the film is not fun to watch.

Fogelman crushes every hope and dream of his various protagonists and excuses his cruelty by blaming life itself. Olivia Wilde’s character even tells us as much in the first chapter, dominated by Wilde and Oscar Isaac as a young, married couple with a baby on the way. Next up is Olivia Cooke as the couple’s mostly grown-up daughter. Finally, a whiskery Antonio Banderas shows up as a sexier version of the even more bristly Patinkin in a Spanish-language short film that could be about a hardworking olive grove foreman (Sergio Peris-Mencheta), his pretty but suffering wife (Laia Costa) or their son, Rodrigo. (Not really a spoiler: It’s about the son.)

The episodic feature exposes Fogelman’s TV roots and suggests the movie would have been better on the small screen, where we have come to accept weekly misery disguised as appointment television, thanks to cable shows on FX and HBO. At least on cable, it’s (kind of) free, so you do not feel bad about changing the channel to something more uplifting. And no, Mr. Fogelman, a five-minute coda with soaring music does not erase the previous two hours of cruel and usual punishment.