Murder on the Orient Express Review 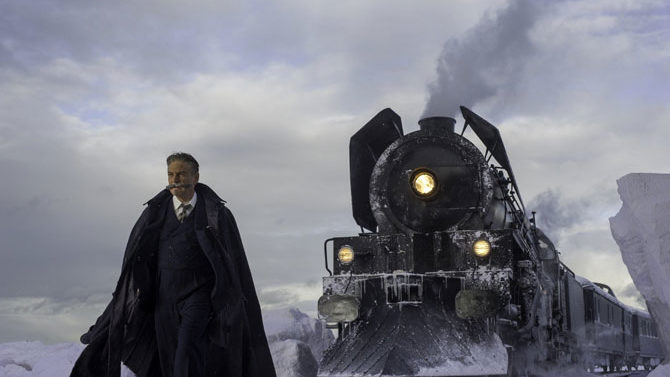 Certain viewers will enjoy the rather old-fashioned Murder on the Orient Express, whether or not you know how Agatha Christie resolves her popular mystery. Kenneth Branagh directs himself in this adaptation by Michael Green (his filmography is strong, including Blade Runner 2049, Logan and the CW’s criminally underrated “Everwood”).

Branagh may be another in a long line of Hercule Poirots—he does give off more than a hint of Holmes—but his version is brilliant, anchoring a film populated by Johnny Depp as the devilish criminal, Penelope Cruz as an overly religious lady, Willem Dafoe as a German professor, Dame Judi Dench as continental royalty, Josh Gad as Depp’s assistant, Leslie Odom Jr. as an English doctor, Michelle Pfeiffer as a husband hunter and Daisy Ridley as a governess.

The film is brisk early, as it establishes its period credentials while Poirot solves a crime in Jerusalem. The next two acts are far more charming than the concluding one, which should be way more successful if you do not know the solution to Christie’s mystery. Branagh’s finale gets way too stagy in its reveal, and the film is so old-fashioned it is hard to imagine younger audiences enjoying it at all. It would seem easier to justify watching the star-studded 1974 version, but that version has little pop-culture cache outside of Sidney Lumet. Maybe this Christie mystery just does not need to be told again on the big screen.