Thank You for Your Service Review 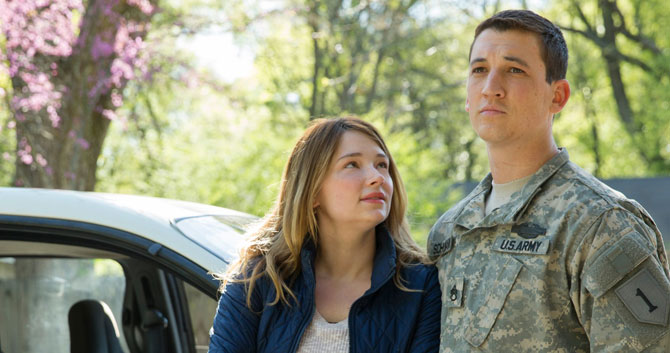 Judging from the trailer, the directorial debut of American Sniper writer Jason Hall looks like another patriotically simple look at the brave men and women fighting for the red, white and blue. The film is actually a deeper, tougher war movie more reminiscent of a post-Vietnam film like Coming Home than American Sniper.

Three soldiers—Sgt. Adam Schumann (Miles Teller), Spc. Tausolo “Solo” Aieti (Beulah Koale) and Pfc. Billy Waller (Joe Cole)—struggle to adjust after returning home from Iraq. Their spouses want in, but cannot relate to the stresses of combat; some simply walk away. The VA is tied up by too many veterans and too much red tape to help them adjust to life with PTSD. Thank You for Your Service is not the first film to tell this story; Boys Don’t Cry’s Kimberly Peirce examined the battle soldiers fight after combat ends in Stop-Loss nearly a decade ago.

Thank You for Your Service never feels partisan or anti-war while convincingly critiquing a system designed to lionize its warriors and turn its back on its veterans. While Teller and Haley Bennett make a nice anchor as Schumann and his wife, Saskia, Koale gives the film’s truly standout performance; the New Zealand-born actor seems more soldier-turned-actor than actor playing soldier.

Thank You for Your Service does not aim to change anyone’s mind about the war. Its target is the country’s heart, which could certainly be more charitable to its broken heroes. If a viewer feels offended or singled out, maybe he needs to consider what he votes for the next time a bill crosses his desk. (I am assuming congressmen and women occasionally go to the movies, or read reviews.)