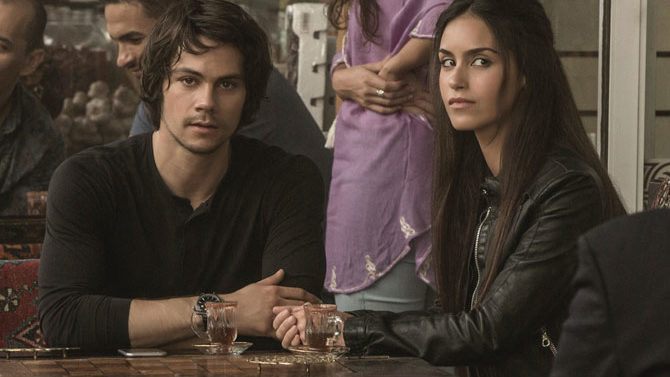 American Assassin opens with a brutally violent terrorist attack seemingly ripped from the headlines. On vacation in Spain, young American tourist Mitch Rapp (Dylan O’Brien) is shot and his new fiancée is killed by Muslim terrorists. Once healed, Rapp trains and trains until he is ready to take on the men responsible for his fiancée’s death. After catching the eye of CIA Deputy Director Irene Kennedy (Sanaa Lathan), Rapp is sent to train with Cold War veteran Stan Hurley (Michael Keaton). Pretty soon, Rapp accompanies Hurley as they seek to stop a former Hurley mentee from building and detonating a nuclear bomb.

All of this plot simply sets up a hopeful new franchise based on the bestselling Mitch Rapp novels by Vince Flynn; think Jack Ryan meets Jack Reacher meets Jack Bauer. (If nothing else, at least Mitch Rapp is not just another Jack.) It is doubtful O’Brien, who is best known for MTV’s “Teen Wolf” but also headlined the first two Maze Runner movies, has the movie-star chops to grow this action flick into a franchise; head villain Taylor Kitsch is way more charismatic, and he cannot get a franchise running. It will not be surprising to see producers switch leads to get a second flick greenlit.

Were the titular operative Keaton’s Hurley, this series could be something worth rooting and waiting for; the veteran actor is the strongest weapon in the movie’s arsenal. Besides its vicious violence, American Assassin does nothing to set itself apart from the plethora of onscreen agents that have come before it.