Valerian and the City of a Thousand Planets Review 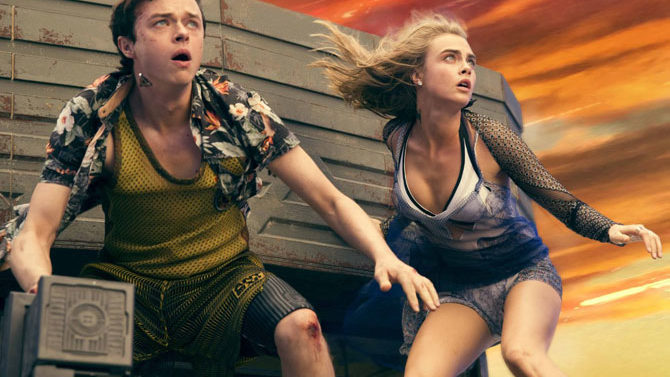 Twenty years later, Luc Besson has brought forth a sequel in spirit, if nothing else, to his surprisingly enduring The Fifth Element. He has adapted a landmark French graphic novel for what has the scope of a brand new cinematic universe. Unfortunately, his Valerian, Dane DeHaan, struggles under the franchise-hero weight as much as he did in the overlong but worth it A Cure for Wellness. Cara Delevingne absolutely struts through the film as Maj. Valerian’s partner, Sgt. Laureline. What the duo are doing at any given point of the film is anyone’s guess.

Besson introduces a massive new universe as if we had been there before. Fortunately, the visual effects (even in 3D) are as immersive as any since Avatar. The worlds visited by Valerian and Laureline never feel computer-generated. But the movie fails to separate itself from other failed sci-fi visions like Jupiter Ascending, which, for better or worse, is a more memorable movie. Still, something about Valerian portends that Besson might be the man to take another crack at Dune; DeHaan might be a terrific Muad’Dib.