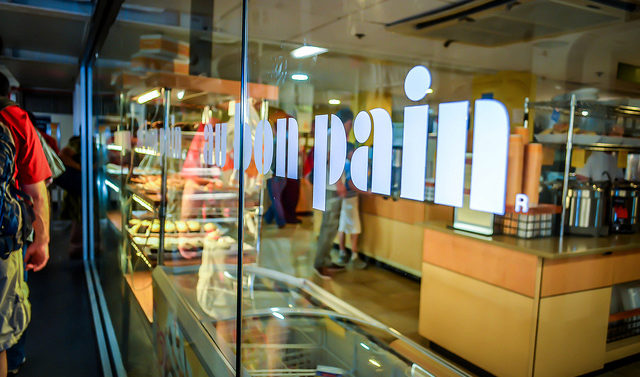 If you feel like the only thing missing to make Athens just like an international airport was an Au Bon Pain, you’re totally in luck. The Business Learning Community that UGA’s Terry College of Business has been putting up for a few years now just added one, in its Amos Hall, and it started operations yesterday.

In slightly more exciting franchise news, Mamoun’s Falafel is looking to expand to Georgia, including Athens. The Greenwich Village original opened in 1971, and the menu includes lamb and chicken kebabs, kafta, shwarma and salads, as well as (derr) falafel, tabbouleh, baba ganouj, hummus, kibbeh with and without meat, tamarind-flavored drinks, Turkish coffee and sweets.

The Space Kroger area is getting a Dairy Queen to add to its other fast-food options.

And Craft Public House has added a bunch of gluten-free options to its new menu.