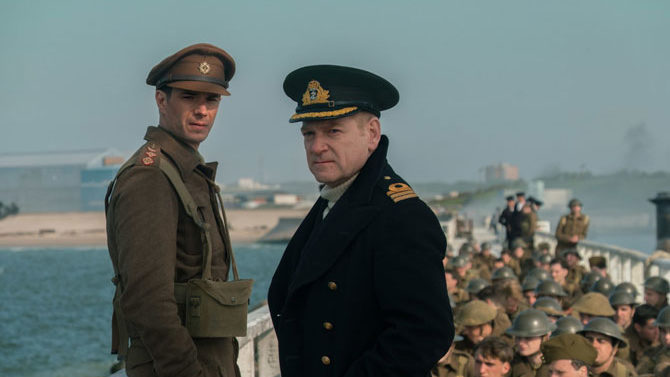 That Christopher Nolan delivers an award-worthy re-creation of the British Army’s harrowing escape from the beaches of Dunkirk will surprise no one. That the increasingly epic filmmaker does so in under two hours (he needed nearly one more hour to wrap up his Dark Knight trilogy, and 63 more minutes to explain why Matthew McConaughey went Interstellar) is shocking. It is doubtful audiences could have handled any more time in this stressful situation.

Chunked in three chapters—the week spent by anonymous soldiers awaiting evacuation, the day needed for an English citizen (Mark Rylance) to cross the English Channel and the hour of flight time during which the RAF (represented by Tom Hardy) patrolled the skies looking for Luftwaffe—Dunkirk commands the audience’s undivided attention. It hits all the big fears—claustrophobia, drowning, being gunned down by a Nazi fighter plane, you name it—with none of the sentimentalization that marred Pearl Harbor. Dunkirk proves a war film does not require a manufactured romance or drama to be compelling; nor does it need to last hours to be epic.