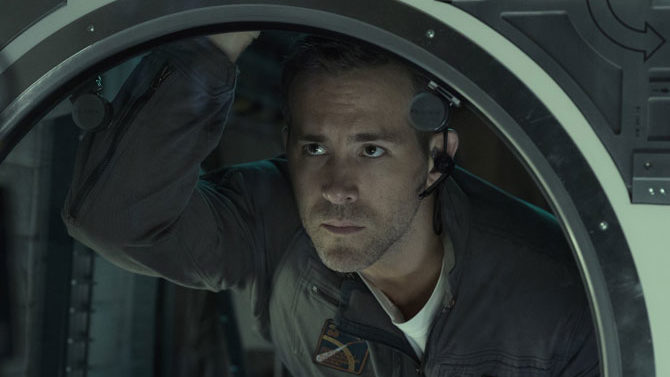 Life starts out filled with wonder and excitement, as an international team of scientists (Jake Gyllenhaal, Rebecca Ferguson, Ryan Reynolds, Hiroyuki Sanada, Olga Dihovichnaya and Ariyon Bakare) on the International Space Station discover a living organism from Mars. Unfortunately, the team learns too late that this life form is not friendly and will do anything to survive.

Director Daniel Espinosa has certainly seen Gravity a few times. Early and often, Life captures that Oscar-winning film’s terrifying vision of outer space. But the latter segments of the movie conjure Alien a bit too closely, and Calvin, the evil, floating tendril thing, is no Xenomorph. Had Life been able to maintain the early mix of tension and awe in its heart-racing space and lab sequences, it could have been an explosively creative new genre entry. Instead, the film winds up being another example of wasted potential like last Christmas’ Passengers. At least Life aggressively uses its R rating to get rid of its rather small crew of potential victims.

The film telegraphs its conclusion, which would have been more effective had it been left an unfulfilling, Carpenterian mystery. With stellar performances (though Reynolds, despite his likability, is wearying to watch) and FX that would be mind-blowing were they not de rigueur in today’s CGI-dominated cinema, Life can be excused for its late-film fumblings. Nevertheless, its ambitious early narrative promised more than this lean, mean creature feature delivers. Rather than finding new life in outer space, Life merely resuscitates more of the genre’s same.