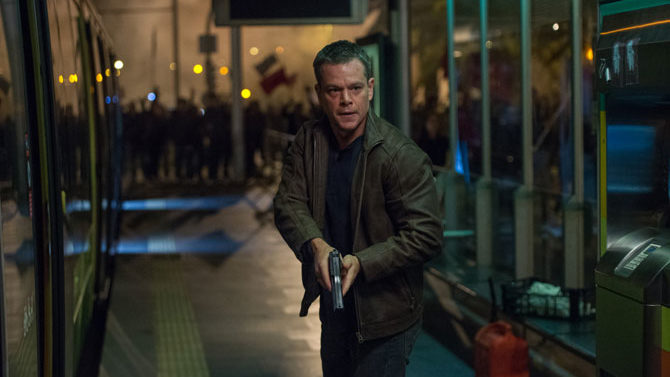 The fifth entry in the Bourne franchise is as boring as its unimaginative title. (Bourne Again, ReBourne, The Bourne Revival, The Bourne Resurrection… I could do this all day.) Matt Damon’s return as the deadly former CIA operative might be better than the previous Jeremy Renner-starring mission, but the unbalanced diet of action and intrigue (too much of the latter, not enough of the former) cannot touch the heights of the original trilogy that redefined the action film thanks to the constant kineticism of director Paul Greengrass’ camera.

The nine-year period since The Bourne Ultimatum is too long to keep such a convoluted mythology straight; does Bourne even remember what he knows and does not know? Apparently, he still does not remember everything about his past, and is hell-bent on taking out more career bureaucrats played by the likes of Academy Award-winning actors Tommy Lee Jones and Alicia Vikander.

Stick through the talky, globetrotting first two acts (Julia Stiles is back!) to reach some spectacular action, including a peak for current car chases. This demolition derby will be making montages for years to come. Despite an ending open to further covert action, it might be time to go back in the Bourne timeline rather than forward.