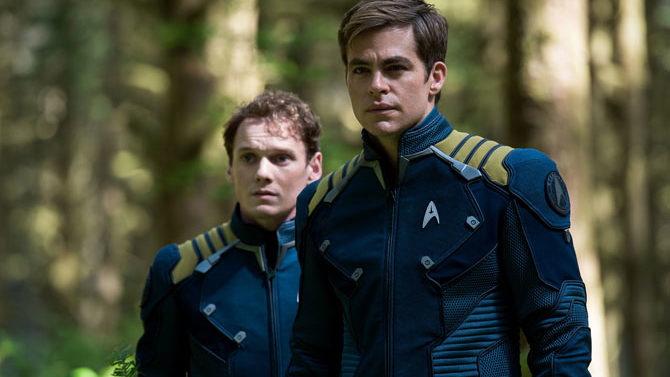 J.J. Abrams’ 2009 reboot of science fiction’s other great franchise was a breath of fresh air, as “The Next Generation” crew’s adventures had grown indistinguishable. (Insurrection and Nemesis are essentially one film in my mind.) The original crew was revivified by Chris Pine’s Captain James T. Kirk, Zachary Quinto’s Mr. Spock and Karl Urban’s Bones. For better or worse—I come down on the better side— Abrams, who went on to direct Star Wars: The Force Awakens, injected some Star Wars DNA into the typically more thoughtful Star Trek franchise.

Abrams then went on to reinvent the franchise’s high-water mark, Star Trek II: The Wrath of Khan, with 2013’s Star Trek Into Darkness. While no failure, the film did not fit the “evens are better than the odds” fan theory about the Star Trek movies. (If counted from Star Trek: The Motion Picture, 2009’s reboot is 11 and Into Darkness 12.) The Khan revelation was a poorly kept secret whose anticlimactic reveal weakened an otherwise solidly entertaining voyage of the starship Enterprise. (Benedict Cumberbatch was awesome.)

Star Trek Beyond, the third entry in the reboot’s “Kelvin Timeline,” feels like a big-screen episode of the original series, minus the destruction of another Enterprise—an event referring back to the original third film, The Search for Spock. Nothing in Beyond would have seemed out of the ordinary had the crew of the Enterprise beamed down to the mysterious planet hidden in a nebula near the newest Federation starbase rather than crash-landed after the Enterprise was destroyed by a swarm of ships led by the villainous Krall (Idris Elba).

Separated in the mayhem, Kirk and Chekhov (the late Anton Yelchin) must reunite with Bones and a badly wounded Spock to rescue Sulu (John Cho), Uhura (Zoe Saldana) and the other crew no one knows. Chief Engineer Montgomery Scott (Simon Pegg, who co-wrote a script filled equally with the action of Into Darkness and the humor of Star Trek IV: The Voyage Home) helps out by recruiting an alien ally named Jaylah (Sofia Boutella).

Director Justin Lin reigned over the super-successful third, fourth, fifth and sixth Fast and the Furious exercises; each improved upon its predecessor. Lin has proven himself a more-than-capable helmer of top-notch action, and Star Trek Beyond does little to damage that reputation, even if he does shoot Kirk and Chekhov’s action set-piece aboard the crashed saucer section of the Enterprise too darkly to be as thrilling as it could be. Otherwise, the pace is swift, the action kinetic and the narrative clear.

Pegg and his co-writer, Doug Jung, provide the witty, knowing dialogue that is prized by fans and filled with nods to the franchise’s history, lest we forget that Star Trek Beyond is the tentpole of its 50th-anniversary celebration.

Star Trek Beyond entertainingly forges ahead in the new timeline, further extending this Enterprise and its connections to the well-known original crew. Pine continues to mine Shatner’s arrogant, capable Kirk for its Shakespearean hubris, and Urban’s Bones is given some particularly delicious dialogue. Spock feels a bit sidelined, as do the other major crew members, who wind up spending the bulk of the film waiting to be freed. Smartly, Pegg provides Scotty with the largest role outside of the Big Three. How great is it to live in a time when both Star Trek and Star Wars are simultaneously flourishing on the big screen?