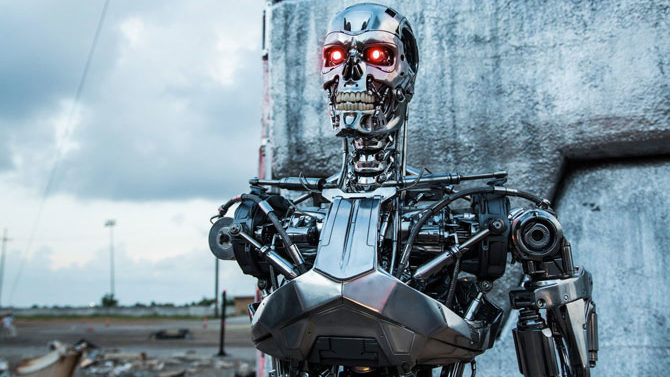 The Terminator timeline has always been convoluted. In the now-classic 1984 sci-fi action flick, James Cameron started the whole series with a huge chicken-or-egg conundrum. How can Skynet ever be created if the technology to create it was sent from the future? On top of that, humanity’s savior, John Connor, sends his own dad, Kyle Reese, back in time to father him. What? Time travel is always narratively dangerous, but the first few Terminators, the Cameron duo in particular but T3 to a lesser extent, navigate that minefield like their titular killing machines. I am curious as to where Cameron would have advanced this world, but his now three-film absence from it may be his answer; T2 closed the loop.

For money purposes, the excellent Terminator 2:  Judgment Day did not shut down Skynet, as the machine still rose in Terminator 3, although Salvation, the series’ worst entry (that includes the current edition), was far from a rescuer.

Terminator Genisys acts like a remake-cum-reinvention. The first film is retold with a warrior Sarah Connor (Emilia Clarke, Khaleesi Daenerys Targaryen of HBO’s “Game of Thrones”) not needing the protection of a lesser Kyle Reese, thanks to Jai Courtney, whom audiences have given up on, whether or not Hollywood has noticed. Sarah can take care of herself, because she has had her own pet T-800 (Arnold Schwarzenegger), nicknamed Pops, since she was a little girl.

Thanks to scripters Laeta Kalogridis (Shutter Island) and Patrick Lussier (Drive Angry), the series now has to deal with alternate universes. Judgment Day is no longer in 1997; now it will not be here until 2017, for reasons not made particularly clear. Perhaps the change was needed because Judgment Day was originally averted in T2, though T3 kind of answered that question. Would audiences have had a hard time believing in a fictional judgment day that had already passed?

The idea of reinventing the franchise as opposed to simply remaking it is laudable. Some of the renovations work. Anything that requires more Ah-nuld benefits the series. In Genisys, we get three Arnolds: think Arnold the Younger, Arnold the Older and Arnold the Oldest. His T-800 still charms, even if his humanity is completely cribbed from Terminator 2; he grimacingly grins and only shoots people in the legs. However, Arnold does those things very well.

The tiny Clarke is a disarmingly tough replacement for Linda Hamilton, though TV’s Sarah Connor (Lena Headey) could still take Clarke. Reese is wasted, thanks to the unappealing Courtney, who’s already taken part in the fifth and worst entry in another longstanding franchise born of the 1980s.

Cameron understood better than his replacements that grownup John Connor (here played by Jason Clarke of Zero Dark Thirty) is more a symbol than a compelling character. If Christian Bale cannot make this gruff revolutionary hero relatable, who can?

Even the newest Model T—the T-3000, now with nanobots!—is nowhere near as fun as the T-1000, an innovation that has since become a crutch for the post T2 sequels.

Unfortunately, a franchise once critically well-regarded, especially for a genre hybrid, has become a run-of-the-mill chain largely devoid of the creativity and vision provided by its creator. The action that is not reheated from Cameron’s superior films tastes just like the bullet-riddled dishes offered by any old action movie. Terminators surely are hard to kill, but they’ve been out of juice for 20-plus years. Maybe it’s time to stop recharging them.