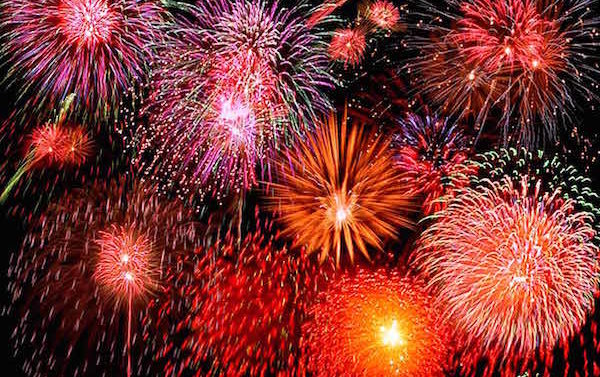 I was out of town last weekend, but even in Savannah, fireworks were waking up my baby and driving my dog nuts. My social media feeds were full of people complaining about the racket, and it was no different in Atlanta, according to the AJC.

The Georgia legislature legalized fireworks effective July 1. The law allows fireworks to be set off until midnight and until 2 a.m. on and around the Fourth of July and New Year’s Eve.

Therein lies the conflict. Athens-Clarke County, like many communities, has a noise ordinance that’s in effect from 11 p.m.–7 a.m. on weeknights and midnight–7 a.m. on weekends. (The Fourth fell on a Saturday this year.) But the state law does not allow local governments to restrict the hours when fireworks can be set off.

Between July 1–6, ACC police logged 31 calls related to fireworks, a few of which were from callers who mistook them for gunshots. Most of the calls came before midnight.

In one case, a resident of the Bloomfield Street area called police about fireworks in the neighborhood several times, including as late as 3:40 a.m., according to records ACCPD provided to Flagpole.

Luckily, no fireworks-related injuries were reported.

“We didn’t experience any unusual influx of burn patients over the weekend,” said Mike Pilcher, spokesman for Athens Regional Medical Center. “I think the rain most likely decreased the number of folks shooting personal fireworks.”

Some state lawmakers have said they want to revisit the fireworks law next year to allow local communities some leeway to restrict them.

Sunday Buses Start Next Month; Will Be Free for Four Weeks