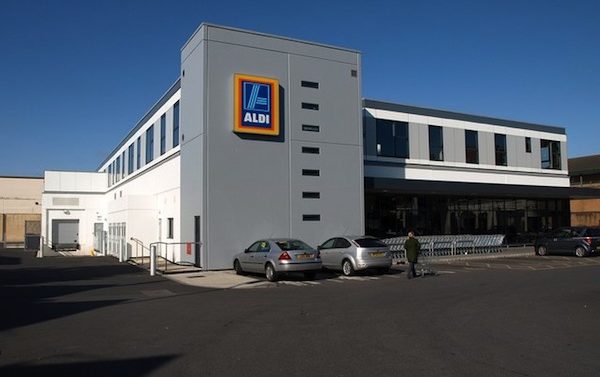 The Athens-Clarke County Commission rejected a rezoning request to build an Aldi grocery store at the intersection of Barnett Shoals and College Station roads by a 5–4 vote Tuesday night.

Aldi, which also has an Atlanta Highway location, had wanted to build the 17,000 square-foot store on the site of what is currently a service station, as well as a neighboring residential parcel.

Residents spoke out against the plan, arguing that it would bring too many cars to an area that’s already seeing increased traffic from the new University of Georgia veterinary hospital nearby, and that a proposed buffer between the development and the Crestwood/Green Acres subdivision was inadequate.

While most said they support an Aldi on the Eastside, they would prefer to see it on Lexington Road or on the north side of Barnett Shoals, where there are several vacant commercial spaces. However, Jim Warnes, an Athens attorney representing Aldi, said the German company looked at 18 sites on the Eastside, and no others were suitable.

The property has a long and complicated history. The residential portion is virtually undevelopable as residential due to being landlocked, and it has been rezoned several times.

In 2007, Walgreens proposed a pharmacy there, but it was also rejected.

“Walgreens was asked to go elsewhere,” neighborhood association president Kent Middleton pointed out. “Walgreens went to Lexington Road and appears to be thriving.”

Green Acres Baptist Church ended up buying the residential parcel for a possible future expansion, but opted to accept an offer from Aldi. The service station owner wants to retire.

Commissioner Andy Herod, who lives in and represents Green Acres/Crestwood, said he’d like to see an Aldi on the Eastside, but the location isn’t right. “If we were talking about a Walmart neighborhood market or a dollar store, it wouldn’t have nearly the support,“ he said.

Some other commissioners said the buffers are generous.

“This is by far the most protection I’ve ever seen from a commercial development,” Commissioner Jerry NeSmith said.

Planning commissioners recommended approval because, they reasoned, a worse development could come along if Aldi was not approved. A Kroger fuel center is the backup plan for the gas-station property, Warnes said.

“We can’t make our decisions based on what may or may not come down the pike in the future,” Herod said.

Aldi supporters, responding to criticism that the Eastside had enough grocery stores, noted that Aldi is a discount grocer that could fill a niche for low-income families and students whose only affordable option currently is Walmart.

J. Crew and CVS Are Coming to Downtown Athens