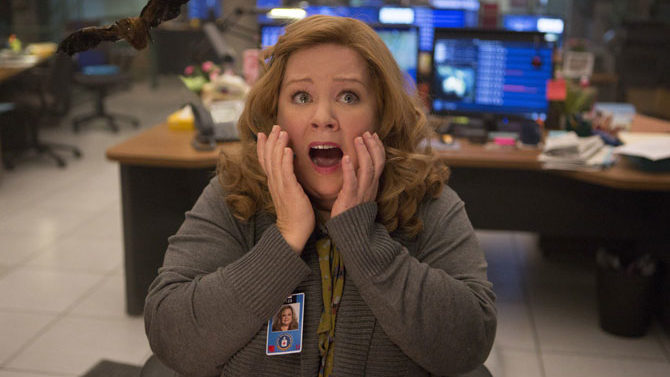 Until June 2015, I had seen the release of one consistently funny comedy, the vampire mockumentary What We Do in the Shadows. If you predicted that Spy, this James Bond parody starring Melissa McCarthy, would be the second, you are a better judge of a film’s character based on trailers than I am.

Spy, written and directed by Paul Feig (this movie really ups the hopefulness ante for his female-centric Ghostbusters reboot), is the best 007 sendup since Austin Powers and a strong candidate to top that list.

McCarthy stars as deskbound Susan Cooper, the eye in the sky for the CIA’s Diet Bond, Bradley Fine (Jude Law). When the only lead on a dirty bomb is killed and every major agent is outed, Cooper is sent into the field despite her lack of experience. Little does anyone know, Cooper is as talented an agent as they come, and that, my friends, is the movie’s secret weapon. Rather than build the movie around an incompetent, overweight desk jockey who’s in over her head, Spy allows everyone, including the audience, to underestimate McCarthy’s secret agent.

This surprisingly pleasant change of pace allows McCarthy to be more than just one of the silly characters to which she has been relegated since Bridesmaids (see Identity Thief and Tammy). And the laughs are way bigger, faster and more consistent than in Feig and McCarthy’s last collaboration, The Heat. Jason Statham has particular fun with his impervious cinematic identity as a blowhard agent who is nowhere near as good as he thinks he is, while Miranda Hart (“Call the Midwife”) and Rose Byrne fill out the stellar cast.

Do not misjudge Spy by its trailer or poster; if you do, you risk missing the summer’s funniest movie.