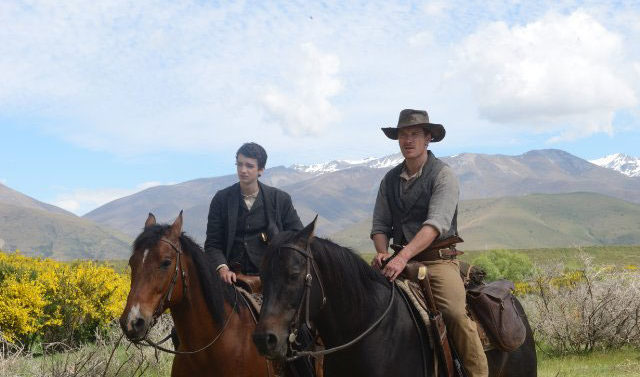 Though Silas is not a man with no name, he is everything you expect from a Western outlaw-cum-hero. He is laconic and has ill intentions massing an inner goodness.

A large bounty has been placed on the heads of Rose and her daddy (Rory McCann, the Hound from HBO’s “Game of Thrones”). Silas is on the run himself, trying to escape his past in the form of Payne (Ben Mendelsohn), leader of the outlaw gang of which Silas used to be a part. Fassbender is as adaptable a pretty actor as is working today, no matter the genre or period. As wide open as the ranges Maclean and his cinematographer Robbie Ryan gloriously capture on film, Open West slowly finds its absurdist stride; literal salt gets poured in someone’s wounds. The climactic gunfight is as strong as those of its more high-profile peers. No one is going to dub this Unforgiven, but the West(ern) again proves it has yet to be lost.

This film will be screened at Ciné through Thursday, June 4.