Obvious Child is the Flipside of Juno and Knocked Up 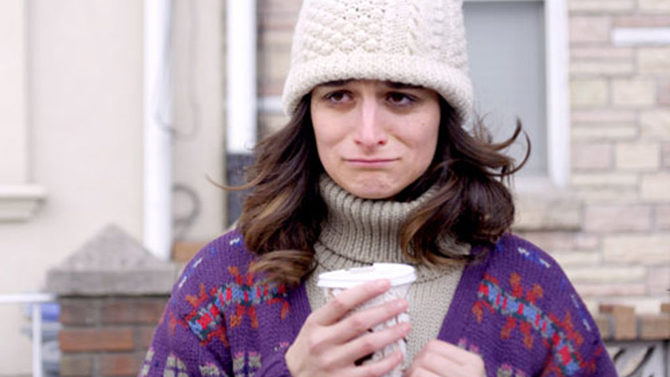 Directed and written by first-timer Gillian Robespierre and starring Jenny Slate (known for her short-lived run on “Saturday Night Live” for the 2009-2010 season), Obvious Child is a provocative and very funny movie about… what? Abortion. It’s more than that, actually, but the choice of a woman to terminate a pregnancy does play a huge part in the movie. To be blunt, it’s the flipside of movies like Juno and Knocked Up, narratives that flippantly address the issue but ultimately steer clear of any real controversy.

Obvious Child is not a controversial movie, either. It’s not out to convince you that abortion is clearly right. This country obviously has an issue with the practice on a moral plane, but the movie isn’t afraid to deal with it. Women make their choice and have abortions. Deal with it, America. It’s reality. Robespierre and Slate tackle this issue with hilarity (sometimes uncomfortably so) and with nuance and excruciating familiarity. This is a welcome respite from the usual Hollywood lies.

Slate plays a New York-based stand-up comedian, Donna Stern, who has a one-night stand with a stranger and winds up pregnant. She flounders, grapples with the issue and feels conflicted with her career and personal life. That’s basically the story. What makes Obvious Child so appealing and worthwhile, however, is how the rest of the movie fills in the story. So many contemporary movies revel in the Peter Pan male, the dude who just can’t grow up, whom we still feel compelled to love and invest time with despite his personal inadequacies. Slate takes her character and infuses it with just as much loser gusto, although never segueing into caricature or grotesque cartoonishness. Stern is always thoroughly identifiable: vulnerable, raw and sweet. In essence, she’s a messed-up human being trying to find her way in the world. She is us.

Obvious Child is not a remarkable work in the sense that it changes the language of modern American comedies, but it does add plenty to the grammar. Slate is a gifted comedian and performer and owns this movie from the start. True, she only lasted one season on “Saturday Night Live” and caused some media turmoil when she dropped an f-bomb on live television, but Slate is a performer to watch and care about, and Obvious Child is filled with small truths.