The Best Flicks of 2019, Plus Star Wars and More to Watch This Week 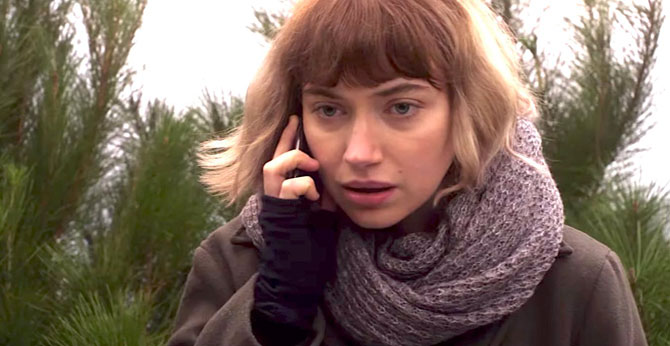 Recently, the Atlanta Film Critics Circle, to which I belong, kicked off awards season with the announcement of its 2019 winners. We named Parasite the No. 1 movie of the year; the other nine feted films were The Irishman, Marriage Story, Once Upon a Time in Hollywood, 1917, Little Women, Uncut Gems, Knives Out, Pain and Glory and Apollo 11. Five of these films also appeared in my top 10: Once Upon a Time in Hollywood, Parasite, Marriage Story, The Irishman and Knives Out. I also included Avengers: Endgame, The Farewell, Booksmart, Jojo Rabbit and Joker. Catch up over the holidays if you can.

Cinematic pickings around town are expectedly light during the holidays. At Flicker, Chuck Norris saves Christmas in 1985’s Invasion U.S.A. on Dec. 18, while Pachinko Pop Cinema presents Truck Yaro 10: Run Truck Rascal, Run! on Dec. 19. Enjoy Movies by Moonlight at Sandy Creek Park on Dec. 20 with Rudolph the Red-Nosed Reindeer and A Muppet Christmas: Letters to Santa. The ACC Library fights the post-holiday blues with The Muppet Christmas Carol on Dec. 27 and Downton Abbey on Jan. 2. The Bogart Library presents Elf as an Interactive Movie for Tweens on Dec. 20. On Dec. 23, the Oconee Library lets you open A Christmas Story a day early. Beechwood’s Flashback Cinema offer two more Christmas classics with National Lampoon’s Christmas Vacation on Dec. 18 and It’s a Wonderful Life on Dec. 22 and 24.

Enjoy the last reviews of 2019, and see you next year!

BLACK CHRISTMAS (PG-13) Holiday horror, particularly Christmas slashers, are horror’s best subgenre—the lights and music make excellent counterpoints to the gory kills. 1974’s Black Christmas is one of the greatest of all time, and I believe the 2006 remake to be colorfully bonkers in all the right ways. Enter indie filmmaker Sophia Takal, whose new take on Bob Clark’s original has more on its mind than your usual shallow slasher. Takal and writer April Wolfe spin a fantastical tale of co-ed murder firmly grounded in the reality of campus sexual assault as Riley (Imogen Poots), a rape survivor, slowly realizes her sorority sisters are going missing.

Far from abjectly bad, Black Christmas is oddly unsuccessful for reasons not actually tied to its confrontational gender polemics. Cuts to ensure a PG-13 excise the gory kills demanded of a successful slasher—still, the movie slyly tweaks the original’s iconic kills—and the trailer joylessly spoiled the mystery of the killer’s identity weeks ago. Though the climactic introduction of supernatural agency forces a late move toward Stepford allegory, Black Christmas’ thoughtful homages, framing and score add up to more than a lump of coal.

RICHARD JEWELL (R) Too bad Clint Eastwood’s best film since the mid-aughts is marred by unnecessary controversy. After a bomb goes off at the 1996 Olympics held in Atlanta, security guard Richard Jewell (another excellent performance by I, Tonya’s Paul Walter Hauser) was hailed as a hero for three days before being torn apart by the FBI’s false accusations that were printed in the Atlanta Journal-Constitution.

Purposefully or not, Eastwood has probably made the president’s favorite film of the year, as focused as it is upon two of his favorite villains, the FBI and the media. The film expertly conveys the appalling treatment Jewell experienced at their hands, so why undermine the entire message with one unnecessary moment of narrative license? Oscar winner Billy Ray recklessly chose to fill a plot hole with a defamatory explanation for the source AJC crime reporter Kathy Scruggs (Olivia Wilde) used to break the news that Jewell was the prime suspect.

Minus this one indefensible scene, Richard Jewell would be an easily recommendable glance at recent history boasting another breakout performance from character actor Hauser and Sam Rockwell, as Jewell’s grouchy lawyer. Utilize whatever means of personal editing—hands over ears and eyes may sound childish but is effective—at your disposal when Wilde meets Hamm at a local bar, and you will have made a better storytelling decision than Eastwood or his collaborators.